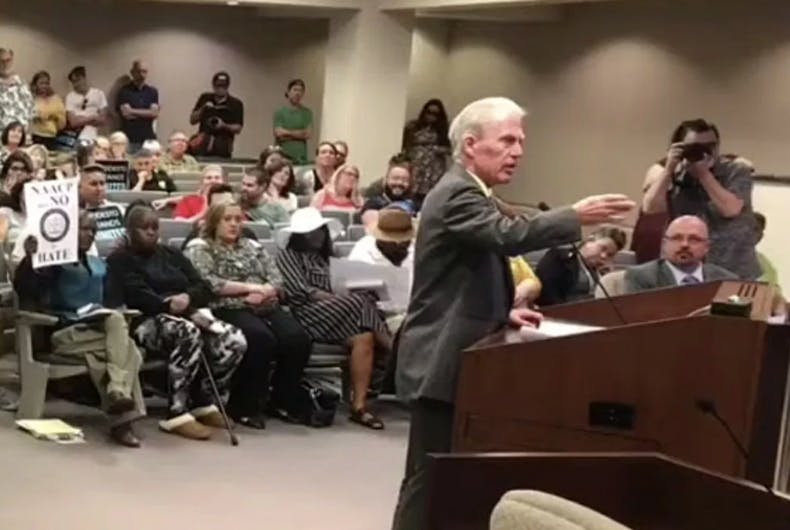 One of the organizers of Modesto, California’s “straight pride” parade became an even bigger laughingstock after accidentally admitting he’s a leader of “a totally peaceful, racist group,” reports LGBTQ Nation.

Don Grundmann’s gaffe literally had the room laughing after his fiery woe-is-me diatribe before the city council went sideways. One councilor had to turn away from her microphone she was laughing so hard.