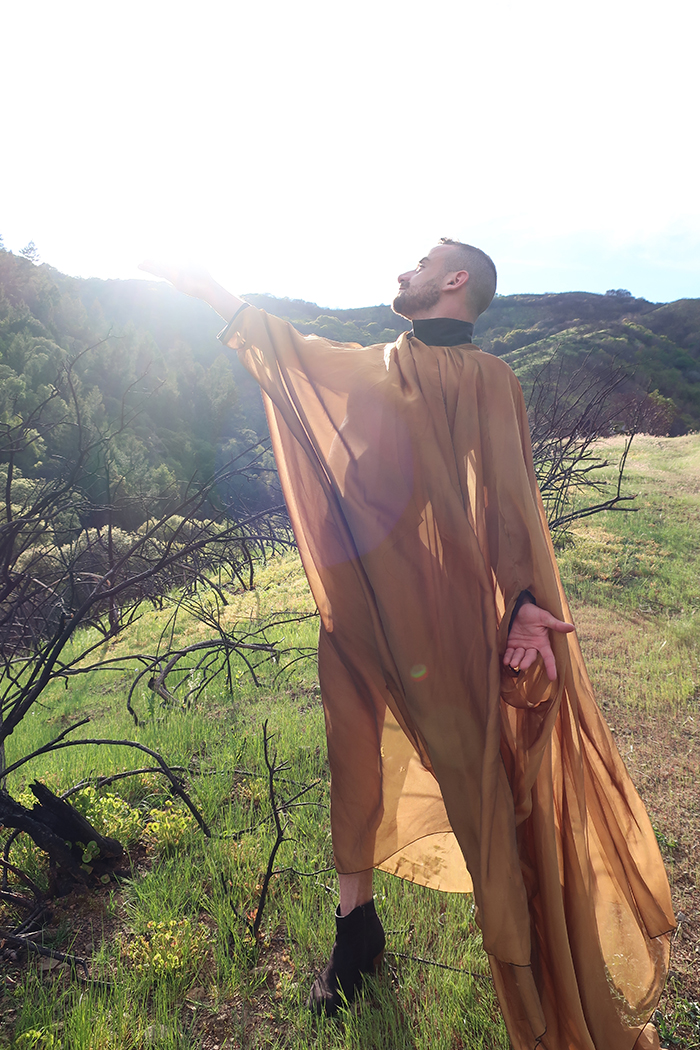 The seven colors of sex.

This is what I call “red sex.” And don’t get me wrong; I love red, both as a color, and as a kind of intimate interaction, but when it’s the only pigment you see when you pull back the sheets, it can get boring and repetitive—especially when there’s a full spectrum available to us in our bedroom adventures.

Which is why I’ve written this guide! To show you all the hues that can use to make your sensual moments burst with technicolor! Sex can do so much more for the fulfilling than simply using it to scratch that solitary itch, over and over again (woof!).

For the sake of structure, I’ll be using the seven chakras in the body—each with its traditionally associated color—to pinpoint the  physical place from which these shades of sex metaphysically emanate.

The color of the root chakra, nestled at the base of our spine. It’s where we house our sense of stability, belonging and home. Red is the color of origin, of fire, the color of the Big Bang. And being that it’s at the base of our spine, it’s also where we as gay men usually get pummeled by a willing cock. It’s the color that makes us cry, “Fuck yes!” as someone is ploughing us, overwhelming our center of spiritual groundedness. This is sex as an extreme sport—which it often is—and like any sport, you feel a sense of accomplishment simply by getting through it.

The color of the sacral chakra, which lies in the abdominal region. It’s where we pull our sense of caregiving and comfort for others. In sex, it’s our desire to make our partners feel safe and protected, to halo them in our arms, to enrapture them in sacred shelter of our shared bodies.

The color of the solar plexus chakra, located right beneath our sternum. It’s where our self-esteem, optimism and willpower exists. In sex, it shines forth as the sunlight of our souls. It’s the gift of laughter and levity that allows us to break of ourselves, that part of us that bursts with joy because we’re just so damn happy to be with the person we’re with.

The color of the heart chakra. Affection, generosity, and the desire to give of ourselves comes from this chakra. In sex, it’s where our emotions express themselves, where that impulse to say, “I love you” comes from. Ever cried during sex? It’s because your heart chakra was activated and open to the feelings towards your partner.

The color of the throat chakra, of self-expression, communication, and affirmation. In sex,  it’s our words that we use to construct fantastical scenarios of raunch, romance and magic, and also, to adorn our partners with praise. “Your eyes are like the orbs of ocean and sky,”  “Your skin feels so good against mine,” “Your scent is driving me crazy. Fuck! I can’t get enough of you!”

The color of the third-eye chakra. It’s the color of clairvoyance, intuition, and awareness. In sex, it’s that psychic connection we form with our partner, when we know instinctually what to do to make them feel good. It’s also our ability to see past the performative part of sex and get in touch with our partners true needs. Like I said before, we often default to the red shade of sex, but sometimes a person just wants to be held. Identifying that need is indigo sex (and it’s my personal favorite!).

The color of the crown chakra. It the color of your connection to higher knowledge, spirituality, and the divine. In sex, it’s where your spiritual energy shoots out from you when you have an orgasm, and it’s where that sense of peace manifests as you settle into the arms of your partner after. It’s where that sense of feeling whole and renewed comes from, simply by laying in the presence in your partner as you bask in each other’s afterglow.

That concludes the guide to the Seven Colors of Sex. I hope it helps to make your future trysts a tapestry of light and color!