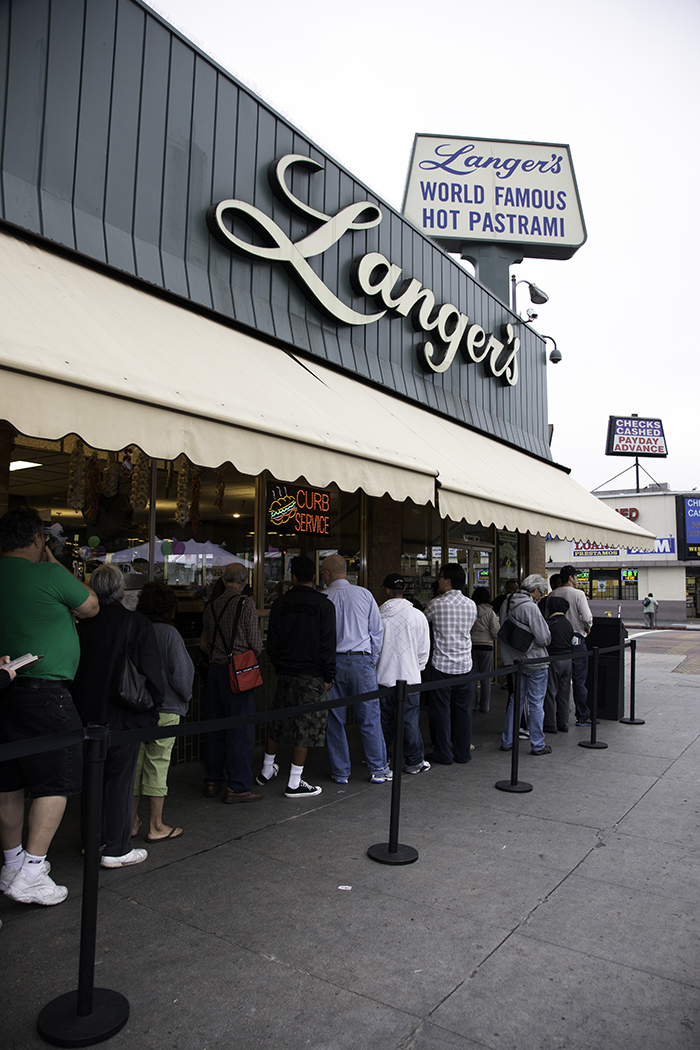 The Langer’s Deli incident. The false accusation of homophobia taps into our conscious and unconscious beliefs, dramatically undermining legitimate victims.

Last month, a lesbian couple accused the legendary Langer’s Deli, in the Westlake neighborhood of Los Angeles, opposite MacArthur Park, of homophobia.

Brody Levesque, the reporter who interviewed Norm Langer and an LGBTQ member of his staff last month for the Los Angeles Blade, wrote on his Facebook page that “the deli owner asked the women to either quit their ‘over-the-top’ PDA/Make-out (35-minute long session) or leave. They got confrontational and left. The deli has a LONG standing policy regarding PDA regardless of sexual orientation…”

“Never in my life have I been accused of discrimination,” said Langer. “But last week I was publicly accused of discriminating against an LGBTQ couple. All I had done is enforce a policy that I have employed for decades—no making out at Langer’s. This is a family restaurant and I have asked dozens of customers who are engaged in making out to please stop—I never ask them to leave, I ask them to stop.”

In an interview with THE FIGHT, when asked about the usage of the word “family” Langer clarified: “The term ‘family restaurant’ is a common term used to describe restaurants owned and operated by families. It should not be confused with the term ‘family values,’ which implies a litmus test… we respect and welcome all guests.”

“Something truly wonderful has happened since the incident went public, so many customers, who have known me over the years have personally reached out to offer their support. On Saturday, Langer’s was packed to the rafters with customers—many of whom said they came especially because they knew the accusations were untrue. I was especially gratified by the LGBTQ customers who made it a point to let me know they were going to continue patronizing Langer’s… I look forward to continuing to serve all Angelenos. All are welcome.”

The false accusation of homophobia taps into our conscious and unconscious beliefs about certain people. People label people something that they are not for all sorts of reasons—serious, mundane, or even silly. In this case, in our view, they misinterpreted what Norm Langer requested and immediately labeled him homophobic and took to social media. The reality is that false claims dramatically undermine legitimate victims.