More Than Enough | The Fight Magazine 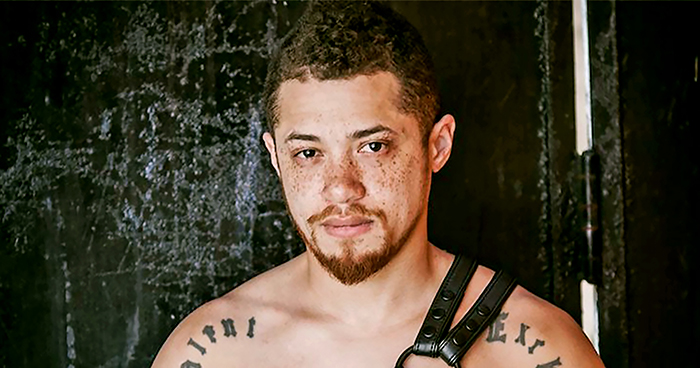 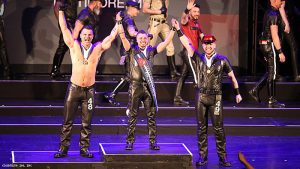 The occasion, hosted in Chicago as it has been each year over the 41-year history of the competition, marked the first time a trans man of color had won the title.

He was accompanied on the platform by Mr. Leather Ireland 2019 Fionn Scott who was the second runner up and Mr. San Francisco Leather 2019 Jawn Marques who was the first runner up.

This year’s IML was the second to occur after the death of event founder Chuck Renslow. The weekend-long convention and competition hosted thousands of queer people for the well attended vendor mart, dance parties, Kink U classes, and more, reported out.com.

“There’s people in this room right now that don’t believe I’m man enough to be on this stage… If you’re enough for you, then you are enough. Period… I’m Jack Thompson, and I’m a proud biracial, openly transgender, HIV Positive man and I am enough.”

Over the span of the competitions, contestants gave a variety of speeches, many touching on how the outsider status of being fetishists make the community revolutionaires, and how community members must and have embraced that. Some also touched on SESTA/FOSTA, a bill passed by Congress last year and signed by President Trump to curb online sex trafficking, that also ended up limiting the abilities of sex workers.

Jack Thompson, however, made an outsized impression, reports out.com. During the physique competition where contestants show off not only their body but their confidence, he wore a Transgender Flag jockstrap.

During his speech he said: “There’s people in this room right now that don’t believe I’m man enough to be on this stage…If you’re enough for you, then you are enough. Period.”

“I’m Jack Thompson,” he continued, “and I’m a proud biracial, openly transgender, HIV Positive man and I am enough.”

At Cleveland Leather Awareness Weekend in April this year, Thompson told Out that he was initially afraid that a rumored IML policy would bar him from competing. That policy was said to require all contestants to have a male gender marker on their government issued ID. Thompson was assured by IML organizers that this was never a policy of the event.

Thompson’s win follows the win of Tyler McCormick who was the first trans man to win International Mr. Leather in 2010. The occasion also marks the first time that two members of Onyx have won the sash in a row. James Lee took home the IML sash in 2018 while Lucky Rebel, who is also a member of Onyx, was his IMBB (International Mr. Bootblack).