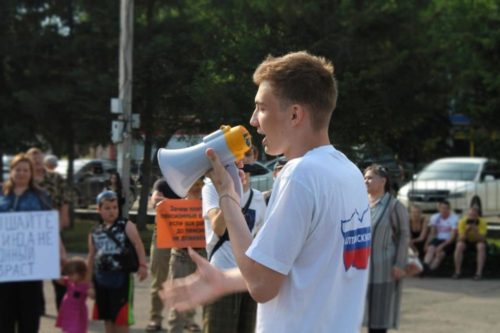 Neverov is obviously a minor himself.

His crime? Posting photos of shirtless men on social media.

Neverov was charged with posting “some pictures (photos) of young men whose appearance (partly nude body parts) had the characteristics of propaganda of homosexual relations according to the expert opinion” according to the Russian LGBT Network.