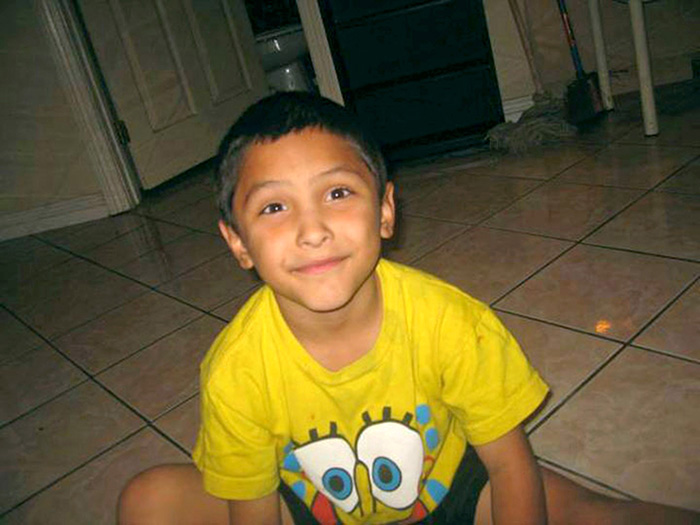 Isauro Aguirre was found guilty of first degree murder for killing his girlfriend Pearl Sinthia Fernandez’s son, Gabriel Fernandez, because the boy liked to play with dolls. The boy suffered from a cracked skull, broken ribs, and burns before he died after being hospitalized.

The boy’s siblings testified that he was brutally tortured by his mother and her boyfriend. He was beaten daily, pepper-sprayed, and kept in a cage. He was also forced to eat cat feces.

The boy’s mother is also being prosecuted for murder and several L.A. County social workers are being charged with criminal negligence for leaving Gabriel in the home despite several red flags.

Aguirre could be sentenced to die in March.

San Diego LGBT Pride had a successful pride this year. As a result, the organization was able to donate $104,182.00 of their proceeds to nonprofit organization that serve the LGBT community. San Diego Pride’s community contributions have exceeded 2 million dollars over the years. These contributions have been distributed to dozens of organizations through Pride Community Grants, sponsorships, and event support.

The Department of Public Health reports that the estimated number of HIV/AIDS patients in Riverside County are 51 percent higher than what was reported last year due to a data revision that take into account the migration of patients to different locations.

Health officials stated that the total number of people living with HIV/AIDS in Riverside County in 2016 was 8,404 and not the 5,552 first estimated.

The recalculation is due to a new counting methodology called “migration prevalence.’’ Prior to this new calculation of HIV/AIDS surveillance, patients were associated to specific locations based on where they were living when they were first diagnosed.

AIDS Services Foundation Orange County has changed its name to Radiant Health Centers. The organization has been helping people living with HIV and those at risk for over 32 years and will continue to do so under the new name.

San Diego Weekly reports that the new name was inspired by the organization’s role as a hub that connects people to care and by the optimism inherent in the word radiance, which signifies the quality or state of having or giving off light. The new logo mark captures that radiance in a subtle rainbow of colors and a door shape which ties into its welcoming new tagline: Compassionate Care for All.

Panel On HIV & The Criminalization Of Sickness

The City of West Hollywood is hosting a panel on Punishing the Disease: HIV & the Criminalization of Sickness at the West Hollywood Library Community Meeting Room, 625 N. San Vicente Boulevard, on Tuesday, January 16, at 7pm.