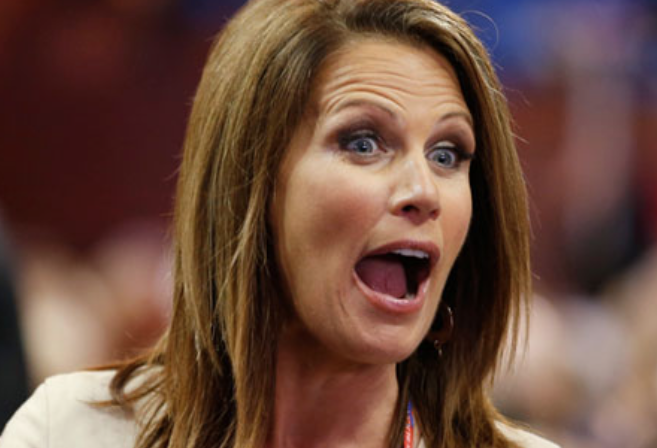 Former Republican congresswoman Michele Bachmann is considering a run for Democrat Al Franken’s senate seat. The notoriously batty conservative says she is waiting on a sign from God telling her to get back into politics, reports LGBTQ Nation.

Franken and Bachmann couldn’t possibly be further apart in political and social ideology. While Franken has been a liberal lion in the chamber, Bachmann was best known in Congress for her ridiculous conspiracy theories, wild claims, and insistence that God was personally backing her every move.

In other words, she’d be a perfect companion for Trump.