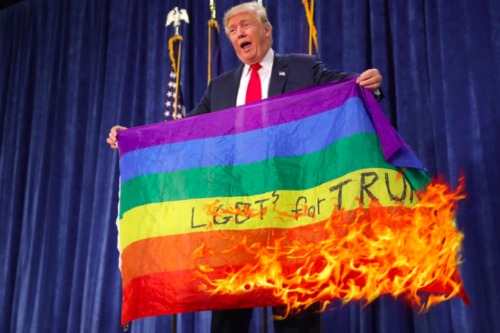 As Americans raise awareness and remember people who have lost their lives to HIV and AIDS on World AIDS Day today, the White House appears to have forgotten the LGBT community, reports Newsweek.

Trump acknowledged the “major successes” of HIV prevention in the U.S. — which has seen an 18 percent decrease in infections since 2008 — but there was no specific mention of LGBT people facing a disproportionately high risk for the disease. Allies of the LGBT community criticized Trump for overlooking the at-risk group, drawing a comparison to former President Barack Obama, who acknowledged the fear and stigmatization faced by LGBT people.