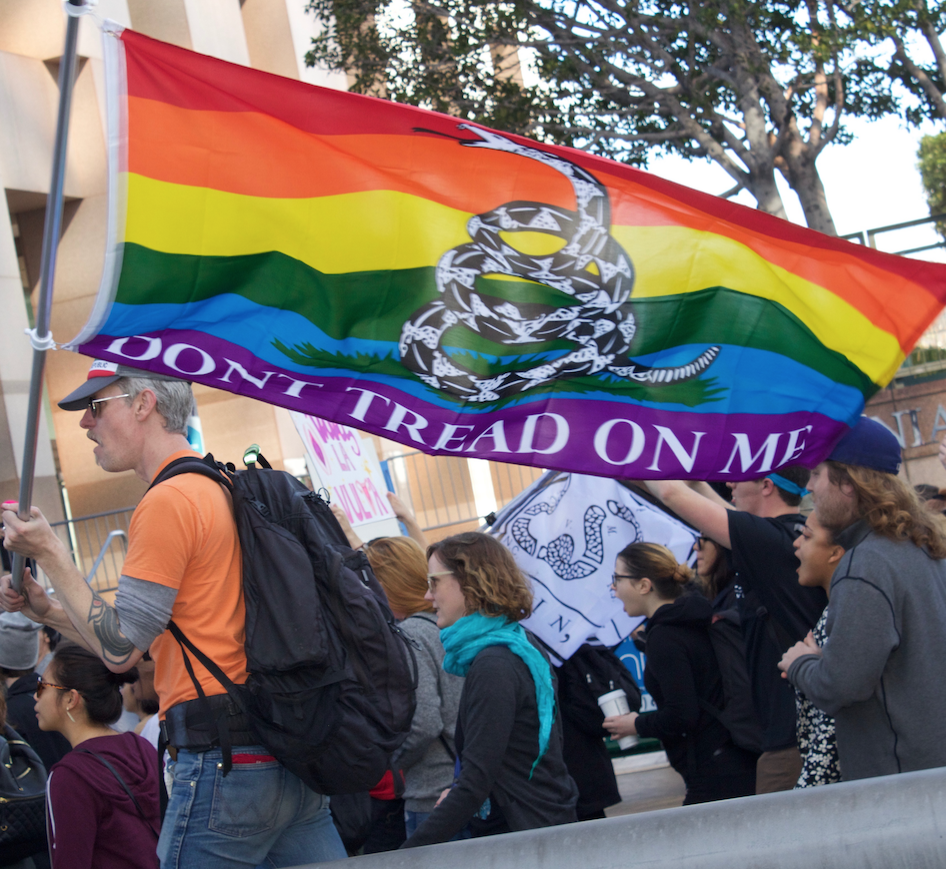 With the joint support of the Los Angeles LGBT Center, Equality California (EQCA), Coalition for Humane Immigrant Rights of Los Angeles (CHIRLA), CenterLink, Latino Equality Alliance (LEA), UCLA Dream Resource Center, and LGBT Center OC, several undocumented LGBT young people shared their fears of deportation at a news conference today held at the Center’s Mi Centro in Boyle Heights. To date, U.S Congress has not voted to pass the DREAM Act of 2017 (Development, Relief, and Education for Alien Minors) which would prevent youth and LGBT undocumented young people from being deported to countries where their lives may be endangered due to homophobia and transphobia.

“Deportation is comparable to a death sentence for LGBTQ people in many parts of the world,” said Los Angeles LGBT Center Director of Policy and Community Building Dave Garcia. “Same-sex relationships are criminalized in nearly 80 countries worldwide. Rescinding DACA would put thousands of these young people at risk by forcing them to return to countries where human rights for LGBTQ people are nonexistent.”

According to the Williams Institute at the University of California – Los Angeles, there are more than 75,000 young people who identify as LGBT—with nearly half of them actively participating in the upended Deferred Action for Childhood Arrivals (DACA) program. While a large percentage of LGBT DREAMers (28%) live in California, the DREAM Act of 2017 must be passed to also protect LGBT youth living throughout the country.

“DREAMers are a vital part of the civil rights movement in this country,” said Rick Zbur, executive director of Equality California. “Over a quarter of LGBTQ DREAMers live in California, and many lead the fight for immigrant and LGBTQ rights, even in the face of constant uncertainty as Congress debates immigration reform. DREAMers have built their lives in America, and they deserve to live without the fear of suddenly being torn from their families.”

To lend their support for undocumented young people, more than 80 LGBT centers (members of CenterLink, the community of LGBT centers) and nearly two dozen LGBT statewide equality organization nationwide signed onto a letter urging Congress to act swiftly with the passage of the DREAM Act.

“Brought to our country as children, many of these individuals do not even remember the country they came from and consider America to be their only home,” the letter states. “Congress must pass the DREAM Act to protect 800,000 immigrant youth—including LGBT youth—from deportation. This is a moral imperative.”

“This nation was built on diversity, dreams, aspirations, ambition. Immigrants then and now, including members of the LGBTQ community, are the engine driving our nation’s progress and represent a real treasure at the end of a rainbow,” stated Melody Klingenfus, CHIRLA immigrant youth statewide organizer. “When President Trump broke the government’s promise to nearly one million young immigrants that they would be protected from deportation, he also made it his and the GOP’s responsibility to fill the void with a permanent, clean solution such as the DREAM Act. Congress must pass the DREAM Act now and, together, we will remind them of their duty and responsibility to do so.”

“In this critical moment in time, it is essential for LGBTQ leaders and community members to come out in support and organize for the passage of the federal DREAM Act,” said UCLA Dream Resource Center Interim Director Diego Sepulveda. “Undocumented youth have led national campaigns to fight the detention and deportation of our immigrant communities, and without a permanent solution, they will live under the constant fear of being separated from their families, friends, and colleagues. We must stand together to do what is right and just. We must pass the DREAM Act.”