The Passing Of An Icon | The Fight Magazine 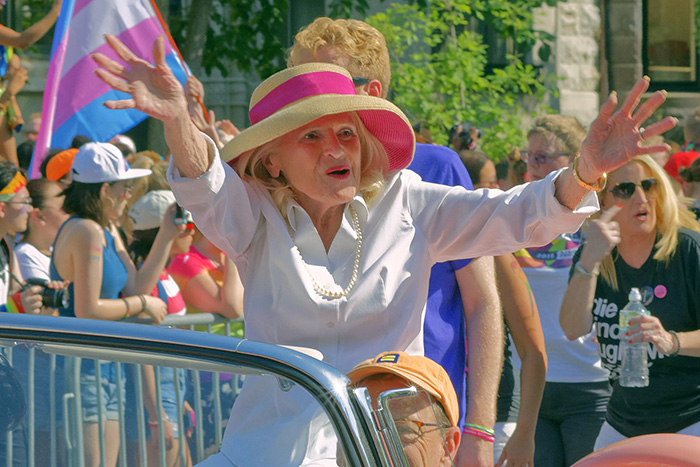 Gay rights pioneer Edith Windsor, whose lawsuit against the federal government helped pave the way for same-sex marriage nationwide, died last month at 88. Windsor is survived by her wife, Judith Kasen-Windsor, whom she married last year.

“I lost my beloved spouse, Edie, and the world lost a tiny but tough as nails fighter for freedom, justice and equality,” Kasen-Windsor said in a statement. “Edie was the light of my life. She will always be the light for the LGBTQ community which she loved so much and which loved her right back.”

Windsor was thrust into the national spotlight after suing the federal government upon receiving a $363,000 estate-tax bill after the death of her first wife, Thea Spyer, in 2009. Her case, United States v. Windsor, went to the Supreme Court, which ruled in her favor in 2013; that decision laid the groundwork for the court’s ruling two years later overturning the Defense of Marriage Act and establishing a constitutional right to gay marriage.