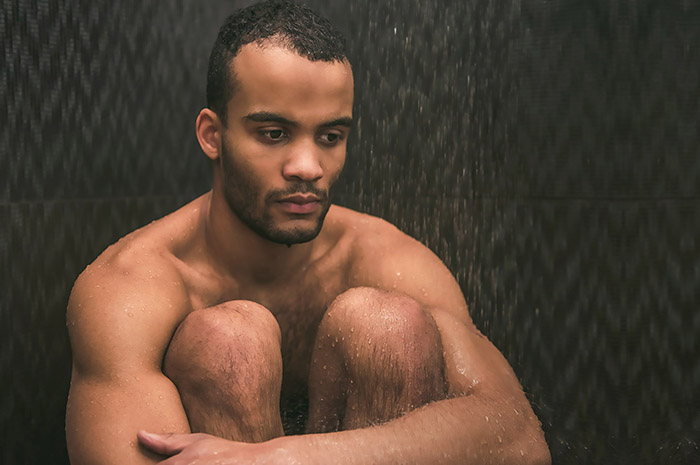 Dismissiveness is the gay adult version of bullying.

East side vs. west side—the rickety tracks of Us vs Them snakes through every city where more than two gays are gathered: in Los Angeles, it’s the Weho Muscle Queens vs the Silver Lake Bears; in San Francisco, the Castro Twinks vs Soma Leather Daddies; in Philadelphia and Nashville, where the gayborhoods occupy a single locale, the clans individuate from bar-to-bar (in Philly, it’s the iCandy Baby Gays vs the Bikestop Grand Bears; and in Nashville, it’s the Tribe Debutantes vs the Canvas Queers). The list goes on.

Sound like high school basketball teams, don’t they? Well, that’s because they do.

We can act like we’re in high school at times, shoving each other into meaningless lunchroom paradigms without ever questioning our motives. Taking a step back—kind of looks like bullying, doesn’t it?

If you’re reading this, you were probably bullied as a teenager. No matter where you are in the world, it’s part of growing up gay.

The next time you feel the urge to dismiss someone you know nothing about, ask yourself, “What am I afraid of?” The answer is beside the point. But the frequency of the question is what will open your heart. ”

Fast forward to present day. Bullying has become a budding conversation in our national dialogue, and it’s a dialogue we witness as a distance: we watch cell phone videos of gay kids being assaulted in school; read articles about the trauma and heartbreak; all the while, thinking to ourselves, “how can people be so mean?”

Bullying perpetuates bullying; namely, the bullied become the bullies. And when we have enough of the former bullied cohabitating the same social circles, toxics habits can take root unwittingly.

The kind of bullying I’m talking about is dismissiveness. Dismissiveness is the gay adult version of bullying, and it’s a huge problem in our community that continues to segregate people to no foreseeable end. Oftentimes, it’s justified as self-defense or boundary-setting, but really, it’s just fear-based responses that devalue the joy of interaction, that which makes us vibrant, happy human beings.

But what is dismissiveness, exactly? And what is it not? Who is affected by it? And how do we practice radical inclusion? Let’s get down to business.

Dismissiveness is the contemplation of the damage another person might do to your social image. Fear and contempt are its parents, and its children are indistinct and passive aggressive, making it impossible to call out or reprimand. Accusing anyone of dismissive behavior—in public or on social media—never ends positively; it only drives people apart.

This is, however, one example that bears mentioning:  that is, sleeping with someone then refusing to acknowledge them outside the bedroom. This happens quite a lot, unfortunately.

Everyone has to examine their own inclinations for dismissive behavior.  We have to be honest with ourselves. It’s as simple and as complicated as that.

WHAT IS IT NOT?

Always set personal boundaries and establish consent when it’s ignored. This engages people, Not to mention, engagement is the opposite of dismissiveness.

WHO‘S AFFECTED BY IT?

Everyone is affected by it. Everyone perpetuates it. We all dismiss people unwittingly. Usually, dismissiveness crops up between people of noticeably different ages, aesthetics, ethnicities and/or gender expressions/identities. Huddling up with like-bodied/like-minded people is a survival mechanism that kicked in around the time humans came slithering out of the mud. We can work past this habit if we want. In fact, the act of working past this habit is what we call radical inclusion.

HOW DO WE WORK PAST DISMISSIVE BEHAVIOR?

Radical inclusion is the state of intentional openness to others despite any preconceptions you have about their character. That said, radical openness is not the absence of dismissive thought; it’s the choice to move past those thoughts, and to give people a chance.

Don’t be political with your affections. Give freely of your love. Be gay with intention, not just impulse. The next time you feel the urge to dismiss someone you know nothing about, ask yourself, “What am I afraid of?” The answer is beside the point. But the frequency of the question is what will open your heart.

Aaron Stella is a queer-witch living in San Francisco. He thrives off the love of his friends and his community. They are what give him his light. Aaron tries every day to make everyone feel as fantastic as he does.