One City One Pride 2017 | The Fight Magazine 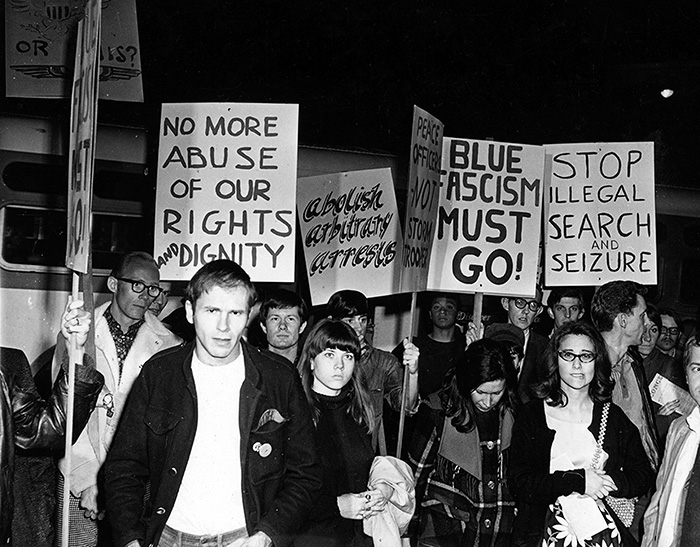 LESBIANS TO WATCH OUT FOR: ‘90S L.A. ACTIVISM

Plummer Park, Long Hall, 7377 Santa Monica Blvd. Opening reception June 2 from 7pm-9pm. Runs through June 30. This year marks the 24th anniversary of the National Dyke March in Washington DC and the 25th anniversary of the founding of the Lesbian Avengers.  These two events inspired national activist efforts and a legacy of Dyke Marches across the country. From protest and street activism to grassroots community groups, ‘90s activism in LA and WeHo reflected the energy of the decade. This exhibit  tells the stories of LA queer women from groups like ACT UP LA, Queer Nation LA, Dyke March LA, the United Lesbians of African Heritage (ULOAH), Los Angeles Asian Pacific Islander Sisters (LAAPIS), Lesbianas Unidas (LU) and other organizations. It also features ‘The Lesbian Avengers: 25th Anniversary’ traveling exhibition.

West Hollywood City Council Chambers, 625. N. San Vicente. 11am-1pm. Written by acclaimed author/historian Stuart Timmons and directed as a performance art piece by Jason Jenn, this tour dazzled audiences in 2015 and 2016. It returns for one more special invigorating event to celebrate Stuart’s legacy and how his life’s work and research is available for all to enjoy. The tour involves a brief shuttle ride followed by a refreshingly accessible urban hike encountering over a dozen costumed characters for surprising fun and history along the way.

Begins at 8 am at Hollywood and Highland and finishes near West Hollywood Park. More info: www.resistmarch.org. This year a march will take place from Hollywood (where LA Pride was born in 1970) to West Hollywood, where LA Pride grew up. Instead of a parade celebrating our past progress, the LGBTQ+ community and its allies will march in solidarity with and on the same day as the National Equality March for Unity and Pride in Washington DC.

Rage Nightclub, 8911 Santa Monica Blvd. Free admission. 3pm. Reach LA supports youth of color through the House / Ballroom Community, and have performed at MOCA and various One City One Pride events over the years. This year, they will be hosting West Hollywood’s first ever Sunday Funday Mini Ball which celebrates this year’s theme of Go West by showcasing the migration of House / Ballroom Culture from the East Coast to West Coast.

OUTFEST WEHO SCREENING OF “WHITNEY: CAN I BE ME?”

West Hollywood City Council Chambers, 625 N. San Vicente Blvd. 7:30pm. Free admission, but RSVPs are required. RSVP at: www.outfest.org/weho-series. A powerful film about musical icon Whitney Houston from acclaimed BAFTA Award winner Nick Broomfield (Kurt & Courtney). Using behind the scenes footage, candid interviews, and performance footage, the film explores all sides of Whitney, her life, and the impact her death had on those close to her and her fans.

West Hollywood Park, 647 N. San Vicente Blvd. The City of West Hollywood through One City One Pride has sponsored two outdoor exhibitions of LGBTQ History Panels from ONE Archives. These will be displayed during the month of June on temporary construction fencing surrounding West Hollywood Park.