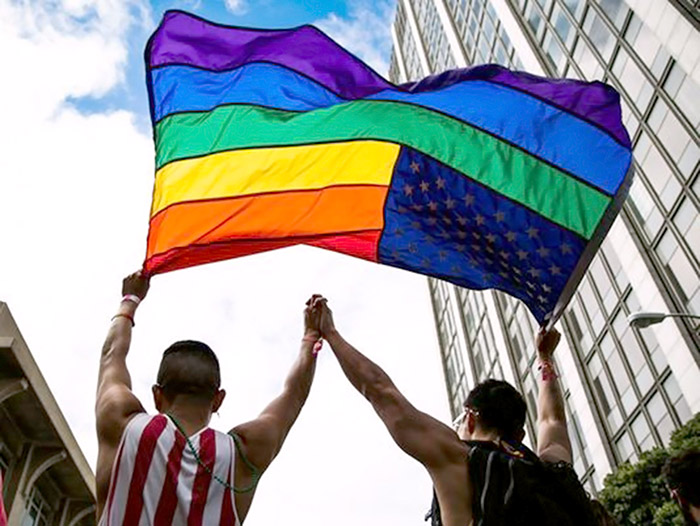 The #ResistMarch takes place on Sunday, June 11, 8am-1pm. It will start in Los Angeles, at the intersection of Hollywood and Highland.  It will end in West Hollywood.

We are calling on everyone to peacefully march with us on June 11th from Hollywood and Highland to West Hollywood. Instead of a Pride Parade meant to celebrate our past progress, we are going to march to ensure all our futures.

Just as we did in 1970’s first LGBTQ+ Pride, we are going to march in unity with those who believe that America’s strength is its diversity. Not just LGBTQ+ people but all Americans and dreamers will be wrapped in the Rainbow Flag and our unique, diverse, intersectional voices will come together in one harmonized proclamation.

We #RESIST forces that would divide us.

We #RESIST those who would take our liberty.

LA Mayor Eric Garcetti: “We will stand up for each other, speak out for our neighbors, and march boldly forward together in pursuit of equality.”