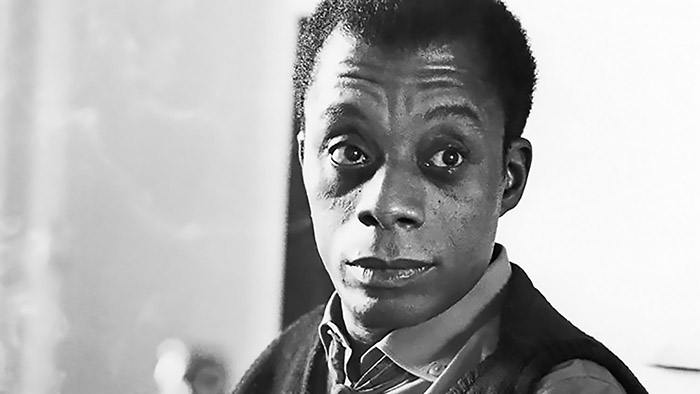 Writer and activist James Baldwin (Aug. 2, 1924–Dec. 1, 1987)  embraced his homosexuality and brought up the topic of sexual orientation in his writings during the mid 20th century, specifically in his novel Giovanni’s Room.

Born in Harlem, the grandson of a slave, Baldwin, the oldest of nine children, grew up in poverty. By the time he was fourteen, Baldwin was spending much of his time in libraries and had found his passion for writing.

After working for a short while with the railroad, Baldwin moved to Greenwich Village, where he worked for a number of years as a freelance writer, working primarily on book reviews. In 1948, at age 24, Baldwin left for Paris, where he hoped to find enough distance from the American society he grew up in to write about it.

Over the next ten years, Baldwin moved from Paris to New York to Istanbul, writing two books of essays, Notes of a Native Son (1955) and Nobody Knows My Name (1961), as well as two novels, Giovanni’s Room (1956) and Another Country (1962). The essays explored racial tension with eloquence and unprecedented honesty; the novels dealt with then taboo themes (homosexuality and interracial relationships). By describing life as he knew it, Baldwin created socially relevant, psychologically penetrating literature.

By 1987, when he died of stomach cancer at age 63, James Baldwin had become one of the most important and vocal advocates for equality.