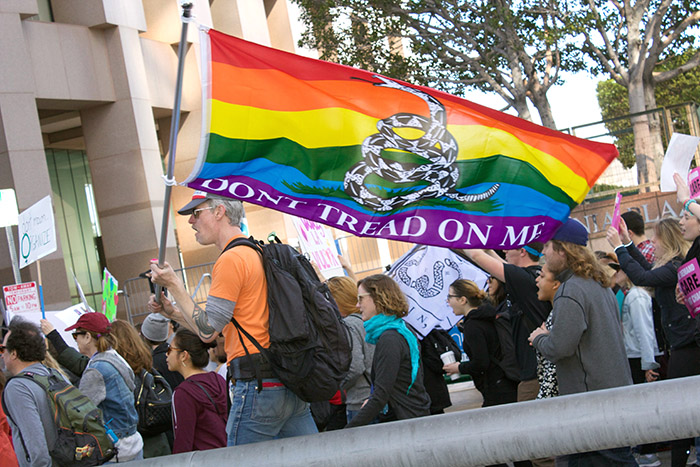 This year, LA Pride is hosting a human rights march instead of a parade. The march is called the #ResistMarch and is in unity with sister marches taking place in New York, Austin, Seattle, Washington D.C. and other cities across the nation.

Taking place on Sunday, June 11, 8am-1pm, the march will start in Los Angeles, at the intersection of Hollywood and Highland. It will end in West Hollywood.

Here is the mission statement published on the #ResistMarch’s website:

We are calling on everyone to peacefully march with us on June 11th from Hollywood and Highland to West Hollywood. Instead of a Pride Parade meant to celebrate our past progress, we are going to march to ensure all our futures.  Just as we did in 1970s first LGBTQ+ Pride, we are going to march in unity with those who believe that America’s strength is its diversity. Not just LGBTQ+ people but all Americans and dreamers will be wrapped in the Rainbow Flag and our unique, diverse, intersectional voices will come together in one harmonized proclamation.

We #RESIST forces that would divide us.

We #RESIST those who would take our liberty.