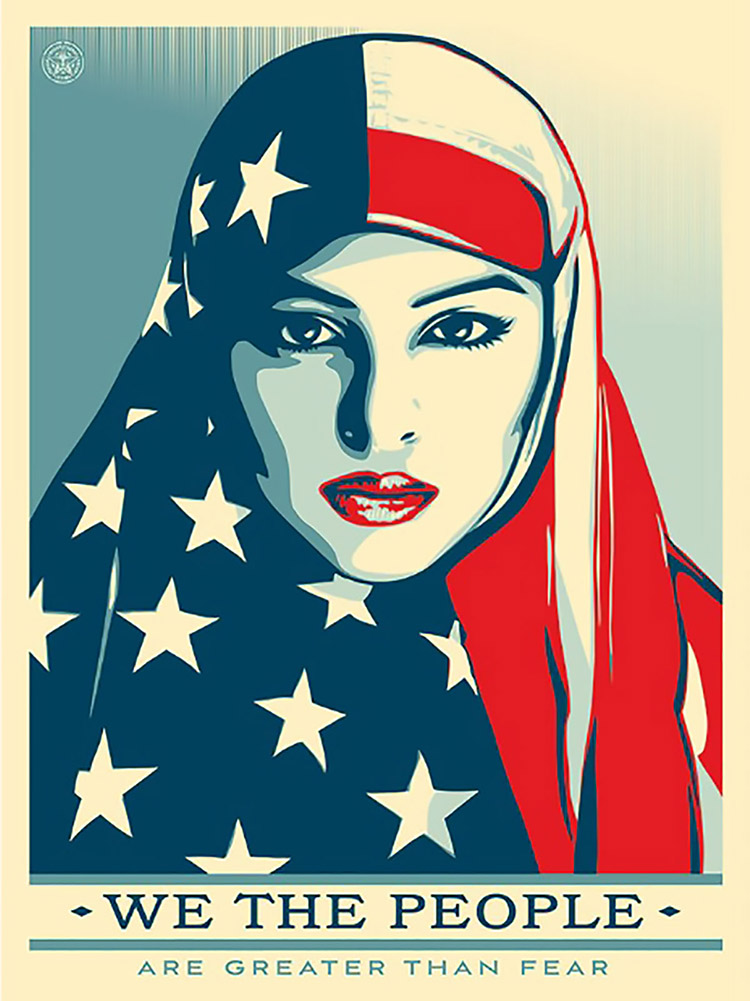 I write to you on Tuesday, January 31, just 11 days into the terrifying presidency of Donald Trump. Tonight, we’ll hear his pick for the Supreme Court (more on that later). And in the next few days, we will find out if Trump plans to weaken gay rights policies by carving out loopholes for “religious freedom.” On Monday, rumor had it that Trump would actually roll back Obama’s executive orders, which banned LGBT discrimination by federal contractors and outlawed trans bias in the federal workforce. But this morning, the White House said those 2014 orders will remain in place. Will they be modified in some way? We’ll see.

It would be ironic indeed if our community was spared as Muslims, immigrants, Mexicans and who knows who else gets the full Trump treatment. But I am encouraged by a sign at one of the airport rallies that read something like: “First, they came for the Muslims, and I said ‘Not today. Motherfucker.’” I have no doubt that gays, lesbians, bisexuals and transgender men and women will carry that mindset into our uncertain future, come what may.

I am encouraged by a sign at one of the airport rallies that read something like: “First, they came for the Muslims, and I said ‘Not today. Motherfucker.’” I have no doubt that gays, lesbians, bisexuals and transgender men and women will carry that mindset into our uncertain future, come what may.

It’s not looking good, people. And of course, even though this is an LGBT magazine and an LGBT news column, we are also patriots. We’re not just worried about our own problems, we are worried about our country and the world. It’s now pretty clear that Donald Trump is not just your average freakazoid. He has a severe personality disorder, possibly malignant narcissism. To the extent that his entourage joins him in his disordered fantasy life, we are all in real trouble.

Meanwhile, in an ominous development here in my home state, the Texas Supreme Court reversed itself and agreed to hear arguments next month to determine whether or not the city of Houston is obliged to provide benefits to same-sex married couples. Under pressure from the far right governor and lieutenant governor, the judges will consider the bizarre argument that just because gays and lesbians have won the right to marry doesn’t mean that cities (or others) can’t block them from receiving marital rights granted to straight couples.

I say “reversed itself,” because when this case was first presented to the conservative court last year, the justices declined to accept it by a nearly unanimous vote. Launched by a couple of mean-spirited Houston tax payers, the case reached the state appellate court just as marriage rights were being litigated in Texas and throughout the country. After the High Court’s 2015 ruling in Obergefell v Hodges, the appellate court remanded the case to the trial court for a ruling consistent with the U.S. Supreme Court’s marriage equality decision. That ruling was then appealed to the Texas high court, but as noted, the justices declined to review the case last September and it appeared to be game over for the hapless litigants.

But it seems the game is still being played by our resilient adversaries, including those operating the levers of power in the Lone Star State. Let gays get married, these men reluctantly agree. However, there’s no reason why those marriages have to be recognized on the same footing as heterosexual unions.

This counter intuitive reasoning seems ludicrous, so much so that I never deigned to report this case as legitimate “news” until now. The question is, why on earth did the Texas Supremes change their minds about accepting the case if not for the prospect that they might rule against us and might then get a Trump High Court to agree with them down the road? Keep in mind that replacing Scalia won’t change the dynamics of the Court that struck down the Defense of Marriage Act one year and granted us marriage equality the next.

But replace a second justice and we can’t assume that marriage rights won’t be undermined by faith-based loopholes and exceptions. It’s chilling to consider and there’s talk that Anthony Kennedy may step down after the 2017/2018 session.

In other Texas news, ours is one of several legislatures considering North Carolina style bathroom bills as state lawmakers around the country get set for another round of antigay and anti-trans posturing.

Here in Austin, we have a pragmatic Republican in charge of the house, which gives us some hope of beating back the worst proposals. Elsewhere, even conservatives are forced to consider the economic impact of bashing our community, a decision which has sucked millions out of the North Carolina economy and tar-heeled its reputation among business leaders and sports associations.

Yet there’s no doubt that the far right has become emboldened and encouraged by the rise of Trump and company. The anti-LGBT First Amendment Defense Act (FADA) has been sitting on the Congressional back burner for a year or so. Now, it will likely move to the front and switch to high heat. Only the implicit threat of public outrage protects us.

When the rumors swirled around the possibility of a major antigay executive order, there was no doubt that such a move would bring the LGBT community and our allies into the streets like nothing we’ve seen in decades. But I wonder, if Congress laboriously works its way through passage of FADA, and if it’s presented as a harmless nod to people of faith, will we still be able to galvanize that kind of protest? Maybe, but what if it’s just one of a dozen other things in a parade of horribles? Can regular Americans sustain our newfound activism? We must.

Is Betsy On Our Side?

On another topic, I’m not sure what to make of the New York Times report on Betsy DeVos’s secret support for the gay and trans community. You have to read it for yourselves; it’s titled “Betsy DeVos, A Friend of LGBT Rights? Past Colleagues Say Yes.”

One key anecdote in this fascinating article describes the time that DeVos herself arranged for a transgender woman to use the ladies room at a GOP call center in the late 1990s over the objections of other women at the location. As for her family’s open support of antigay projects, she and her husband do not appear on those fund raising reports with the exception of a tax document allegedly prepared by someone who embezzled money from her mother. DeVos reportedly advocated under the radar for marriage equality in 2015, and has celebrated the unions of gay friends.

Very in-ter-est-ting! So here’s a question. If this is true (it’s in the Times!) do we want a pro-gay Education Secretary who will undercut our public schools? Or would we rather have an antigay Secretary who might be better but who will make sure trans kids are locked out of the facilities throughout the country? If you assume, as I do, that any Trump nominee will be bad for education, it becomes a tough call.

So Neil Gorsuch, huh? First of all, I can’t imagine that the Democrats will be able to prevent his confirmation. The man is highly qualified, well liked, conservative but not on the fringe. His record only hints at how he would deal with abortion or gay rights cases, and although those hints are not encouraging for us, they’re still just hints. The fact is, there were some worse nominees available as well as a few better ones. But unless Democrats can keep Scalia’s seat empty for four years, we’re stuck with someone.

Most disturbing to me is Gorsuch’s apparent conviction that it is never appropriate for the courts to challenge an individual’s presentation of faith. If I say my religion dictates that I cannot even fill out a government form that will allow a third party to offer an insurance plan for contraceptives, it’s not for the courts to challenge that announcement. Really? So how do you think Gorsuch will react to the private business that declines to serve gay and lesbian couples? He may not have issued high profile rulings on sexual orientation, but our future court battles are likely to revolve around the tension between civil rights and bigotry disguised as “religious freedom.” There, he’s made his feelings known.

He is also on record as suggesting progressive groups have been relying on courts rather than legislatures to advance their agendas. But has the man checked out the legislative process in the last decade or so? Compromise went out with the 20th century. Don’t tell California’s progressives they haven’t used the legislative branch, because they have. And don’t tell Texan progressives they should work with lawmakers, because they can’t. Plus, civil rights belong in the courts, period.

Finally, a note on the Fourth Circuit ruling in favor of a transgender Virginia high school boy who sought to use the school bathrooms. That case, now on the Supreme Court docket, relied on the Obama administration’s Education Department interpretation of Title IX. Gorsuch believes government agencies should not be allowed to dictate legal guidelines, and were he to somehow get confirmed in time to hear this case, that victory would be overturned. Barring something weird, however, I can’t see how he’d manage to take a seat that quickly.