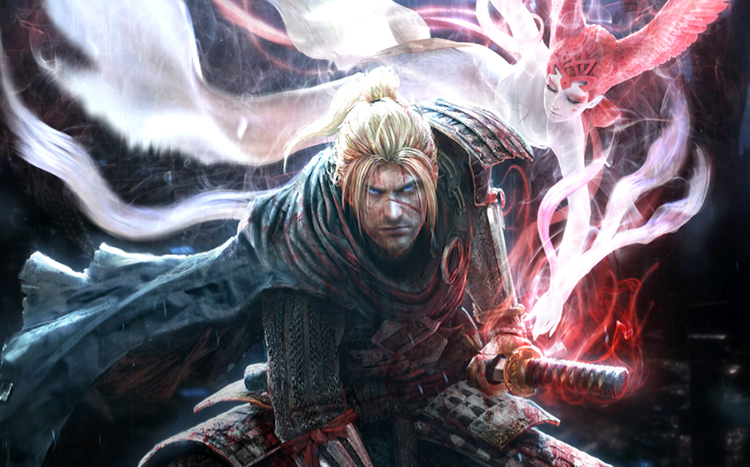 I have been blindsided by an absolute gem of a game that has a samurai with supernatural allies to help fight against malicious demons in feudal Japan.

In the game you play as the first western samurai who gets blessed with Japanese spirits to fight against an evil darkness engulfing the land of the rising sun.

The armor, landscapes, enemies, artwork and fighting all stem from the rich, luscious Japanese lore to give a breathtaking and painstakingly hard action RPG. Team Ninja behind the critically acclaimed series Ninja Gaiden have been working on this game since 2005. Unveiled at E3, it has been manipulated many times with different play styles. Known for their fast pace action and smooth fighting mechanics, NIOH takes a different direction stemming from the best selling series Dark Souls. And why you say!? Well. Let’s discuss.

The battle system has you thinking of each move strategically and with absolute patience. With three different fighting stances you can switch from a strong attack, slow moving technique… to a fast, cunning play style that deals multiple hits, but less damage, allowing you to dodge majestic attacks from the evil baddies you encounter.  Or if you want to be a hybrid, you can switch the footwork to allow heavy and light attacks to give the enemy a unexpected routine. All of which are filled with minor characteristics that can make even the avid samurai take notice. It is That. Intricate.

But alas, the battle system is just the first layer. The armor and weapons all have amazing shapes and  designs. Being placed in the stunning beauty of surreal landscapes and artwork, you really sit and take in the history and detail in each piece of weaponry or armor that is equipped. But when it is fused with Japanese supernatural allies, that is where the coolness excels.

Another aspect of Nioh is the managing and allocation of spirits that aid you in your quest to defeat demons. They range from many animals such as great white sharks to amazing majestic lions. All of which enhance your weapons to have a elemental flair in which you devastate enemies by utilizing the spirits’s wondrous abilities. Team Ninja outdid themselves in the animations and it is no surprise that you take in each summon as a work of art.

Yes. yes. It is beautiful. It has great characters, beautiful graphics, challenging gameplay…..but is it good?

Astoundingly yes. It is a title that challenges your mind and discipline. Like a complex game of chess Nioh utilizes the best of some games and pushes them to higher memorable levels. In a long time I have seen bosses that have felt lackluster, forgettable. These boss fights make you sweat, tense, and overall ecstatic when you defeat them. Showering you with artifacts, weapons, and rare items. It surely awards the player in meaningful ways that Quenches that die hard thirst.