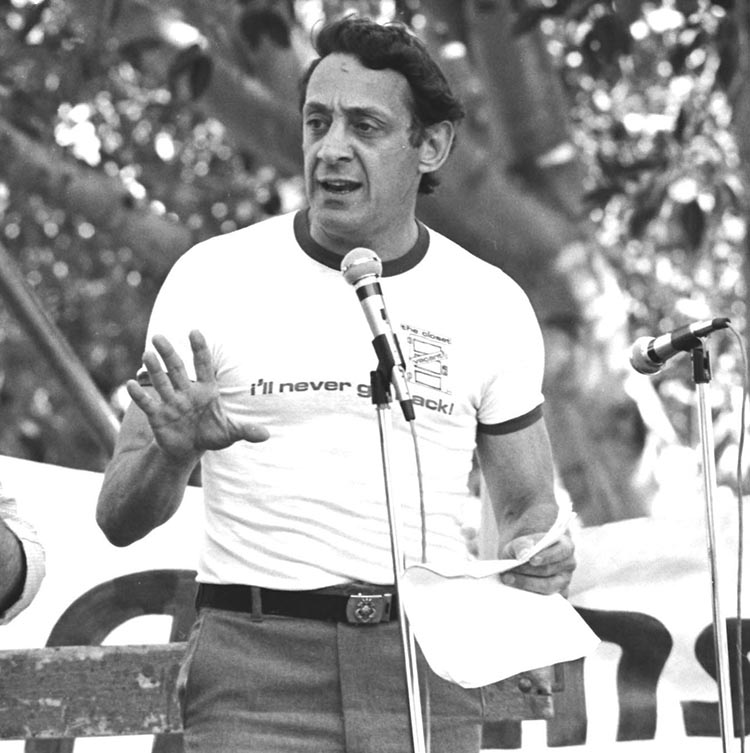 “Rights are not won on paper; they are won only by those who make their voices heard.”

Harvey Bernard Milk (May 22, 1930—November 27, 1978)—a politician, gay rights activist, and  cultural icon—became the first openly gay person to be elected to public office in California when he won the seat on San Francisco Board of Supervisors in 1978. He fashioned himself as mayor of Castro Street—one of the first and most lively gay neighborhoods in the United States.

During his 11-month tenure, he helped pass a stringent gay rights ordinance for the city. Milk’s theatrical political campaigns and his fervent activism for gay people since 1973 earned him popularity within the community and made him an icon for the gay rights movement. Milk was assassinated in 1978 by Dan White, a resigned city supervisor trying to get his job back.

Milk envisioned a march for lesbian and gay rights in the US capitol to increase the visibility of the gay and lesbian community during his lifetime. His death accelerated the planning for the national march in 1979. The quote “Rights are not won on paper; they are won only by those who make their voices heard” was the ending of Milk’s address made at the San Francisco’s Gay Freedom Day Rally in 1978.

The March Committee of Lesbian and Gay Rights later adopted this quote on the iconic “Liberty Logo” to represent the march and commemorate Milk and his contribution to the advancement of lesbian and gay rights.