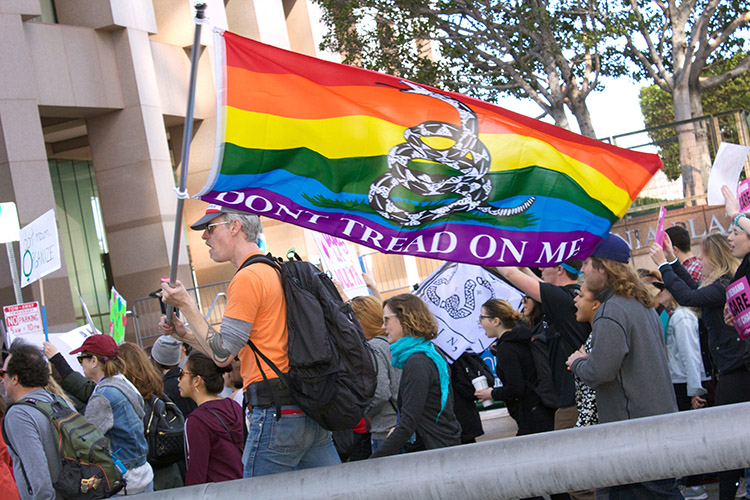 An estimated 750,000 people packed the streets of downtown Los Angeles  last month in solidarity with all women for the Women’s March Los Angeles.

The march was designed to unify communities, taking a stand for justice and equality for all – regardless of sex, sexual orientation, gender identity, race, or religion. Singer Miley Cyrus, Barbara Streisand, Marcia Gay Harden, Jane Fonda and Lily Tomlin were among the participants. (Photo by Paulo Murillo.) 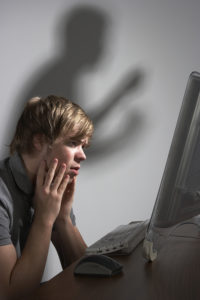 Grindr and Scruff users in San Diego are complaining about a cyber troll who sends them disturbing messages and stalks them if they reject his advances. Hillcrest area resident Ricardo Sousa alleges that he was bombarded with homophobic texts and death threats after rejecting a man with the screen name “Hung Top.” Sousa has received harassing messages on Facebook and has found threatening notes taped to his car, reports the San Diego Gay and Lesbian News (SDGLN). Sousa has contacted the San Diego Police Department regarding the incident.. According to the comments section in SDGLN, other gay men have suffered the same abuse by the same man. 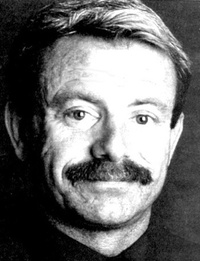 In celebration of the 10th anniversary of the documentary film “Tweakers,” the City of West Hollywood will host a special screening on Friday, February 17, 7pm – 10pm, at the West Hollywood City Council Chambers 625 N. San Vicente Blvd. A panel discussion will follow the screening. “Tweakers” was created by filmmakers Jimmy Palmieri, Yvette Sotelo and Sue Sexton of the Tweakers Project. It is an hour long documentary based upon a book by Frank Sanello that chronicled the devastating impact of crystal meth addiction on the LGBT community.

The Los Angeles LGBT Center launched the F*ck w/out Fear campaign to raise awareness for pre-exposure prophylaxis (PrEP) as a safe and effective tool to prevent HIV infection.The Center’s sex-positive F*ck w/out Fear campaign uses raw, real language to get people’s attention and spur conversation. It also combats misconceptions about the safety and effectiveness of PrEP and the belief that it’s unaffordable. PrEP is now covered by most insurance plans. For the uninsured, the Center can help make it affordable through patient assistance programs. After a free PrEP consultation, which can now be scheduled online, most people will be able to leave with a prescription.

To learn more about the F*ck w/out Fear campaign, PrEP, and to book a free PrEP consultation online, visit PrEPHere.org. 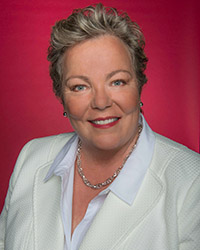 “I’m extremely concerned by President’s Trump’s nomination of Neil Gorsuch to serve on the U.S. Supreme Court. His judicial philosophy and record is as out of the mainstream as any nominee could be, and the fact that he describes himself as the ‘second coming of Antonin Scalia’—the most notoriously anti-LGBT Justice to ever serve on the nation’s highest court—should be alarming to all. We urge all fair-minded people to call their senators and urge them to conduct an extreme vetting of Judge Gorsuch. If he cannot unequivocally say that the Supreme Court’s decisions upholding the constitutional freedom and equality of LGBT people over the last 20 years are—and will—remain the law of the land, then he must be rejected.”