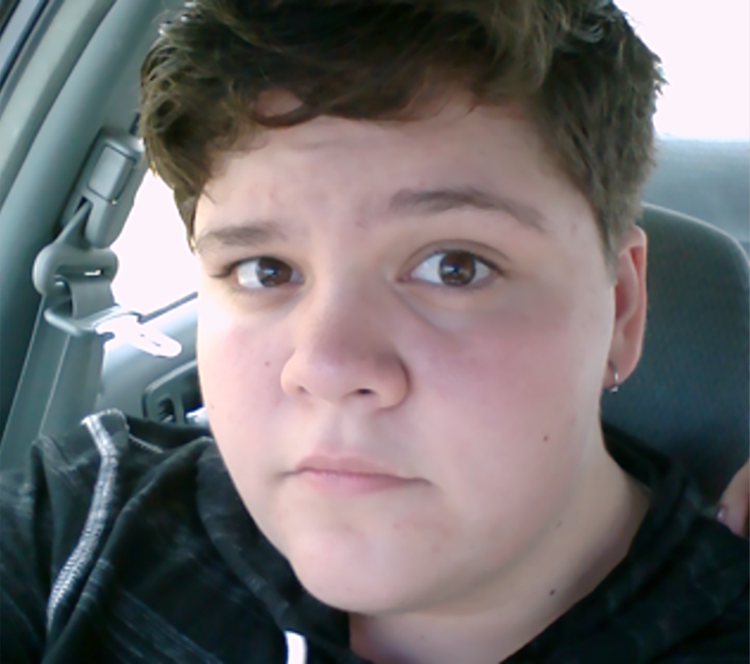 The big news of course is the Supreme Court’s decision to take on trans rights this term, accepting the case of a Virginia transgender boy—Gavin Grimm—who successfully fought for the right to use the boy’s facilities at his high school.

A Bit Of Infighting

Were you aware that our community’s legal and political leaders are indulging in a bit of infighting? The bottom line? Some GLBT activists suggest we’d be better off in the near term to limit our state legislative strategies by focussing only on job and housing discrimination. That way, we’d be able to sidestep the pesky question of public accommodations and avoid all the troubling talk of bakeries and—most pesky of all—bathrooms.

It is this image, incrementalists imply, the image of burly masculine transwomen lurking next to the little seven-year-old girl at the sink, that keeps us from making progress on regular old antigay discrimination. And indeed, such anti-trans propaganda sunk our civil rights bill in Houston in a public vote. So if we give up on efforts to win trans-inclusive rights to public accommodations, we can avoid the whole subject. Maybe we’ll come back to it a later time!

Happily, from what I can tell, no serious organization agrees (unless you count the deep pocketed Gill Foundation). As we all finally recognized in the marriage fight, there’s no such thing as a little bit equal. No, we didn’t want civil unions or domestic partnerships. Similarly, we can’t insist that we should be treated fairly on the job, while telling our fellow citizens that we don’t really mind if stores and restaurants turn us away.

Oh, but we have to take one step at a time, they say. After all, weren’t civil unions a step towards marriage equality? Perhaps in a way, but that’s only because most of us kept insisting on full equality. If you ask for half a loaf, not only will you wind up with a quarter, but no one will believe that you needed the whole loaf in the first place.

Finally, consider the question of whether or not discrimination against transgender people is itself a form of sex discrimination (and therefore should be covered by current federal law)—that question has already been airing in our courtrooms and policy debates for years. The bathroom fights themselves may be novel, but the principle that animates them has been under discussion for a long time. It’s ironic, but in terms of case law, we have technically made more progress on trans rights than gay rights, beginning with the Supreme Court’s 1989 ruling that sexual stereotyping is sex discrimination for purposes of federal law.

Anyone who thinks that going “one step at a time” means taking gays first and trans second does not realize that we have already well down the road towards trans rights, and it’s a road that indirectly leads to gay rights at the same time.

Back To The High Court!

The big news of course is the Supreme Court’s decision to take on trans rights this term, accepting the case of a Virginia transgender boy who successfully fought for the right to use the boy’s facilities at his high school. Are we happy about this development? Since we won in the lower court, perhaps conservative justices are seeking to reverse that victory. On the other hand, this case will likely be heard by the 4-4 Court. A tie would leave the lower court ruling intact. Lastly, there’s another legal issue in this matter that has nothing to do with GLBT rights, so perhaps some justices hope to deal with that and punt the trans part. More on that in a few minutes.

Coincidentally, Gavin Grimm won his 2-1 ruling from the U.S. Court of Appeals for the Fourth Circuit just days after North Carolina passed its infamous HB2, the law that forces boys like Gavin to use the ladies rooms in all public settings throughout the state. After the Fourth Circuit refused to reconsider its decision, the Gloucester County School Board asked the justices to take review, and on October 28, they said yes.

Grimm’s case turned mainly on whether or not Title IX of the Education Amendments of 1972 should be interpreted to ban transgender discrimination. Title IX, of course, outlaws gender bias in public education and is known as the force that gave women and girls equal opportunities in sports. Beyond athletics, the interpretation of sex discrimination under Title IX runs parallel to the interpretation of sex discrimination under other federal laws, in particular Title VII of the Civil Rights Act which covers workplace bias. Bear with me here! If you read the first story in our column carefully as I trust you did, you’ll recall that the High Court thinks sexual stereotyping is a violation of Title VII, ergo one can argue that sexual stereotyping is also forbidden under Title IX.

And what exactly is sexual stereotyping? In the Supreme Court’s 1989 Title VII case, it was manifest in a policy by Price Waterhouse to limit partnerships to stylish women, if you know what I mean. One woman who excelled professionally, but failed the femininity test and was not promoted, filed suit and won under Title VII’s ban on sex discrimination. It has taken time, but other courts eventually extended this premise to cases of trans discrimination as well. After all, is there any more egregious example of sexual stereotyping than messing with transgender men or women? Eventually, Obama’s Education Department’s Office of Civil Rights announced that, it its view, Title IX indeed bans trans discrimination; significantly, the Office sent a letter to that effect to the Fourth Circuit panel which brings us to the other important issue in Grimm’s case.

In ruling for Grimm, the Fourth Circuit said that since the legal situation was unclear, it was obliged to accept the Education Department’s pro-trans interpretation of Title IX as a matter of law. Really? We all like what transpired in this instance, but that would mean that the next administration could change its interpretation and undermine the status of this or any other federal ambiguity, maybe with a simple note to a court.

In accepting this case, the Supreme Court said it will first consider whether or not an agency letter, like the one sent to the panel, should be given deference. It will then consider the merits of Grimm’s Title IX and Equal Protection arguments. So what does this all mean for us? I guess we’ll find out in about eight months.

Please Don’t Leave Me Yet

If you’re waiting for some enjoyable community anecdotes to break up our serious reading, you can forget it. We are focussed like a laser on civil rights law this month and indeed, we have another major piece of related news! Please don’t leave me yet.

Recall that we were talking about Title VII and mentioning that trans rights are ironically further along that regular old gay rights in terms of federal law? Well the other day a panel of the U.S. Court of Appeals for the Seventh Circuit pointed out that this irony is becoming absurd. In theory, the court noted, a flamboyant heterosexual could file a discrimination suit under Title VII (based on sexual stereotyping) while a straight-acting gay man could be fired for getting married and have zero recourse. Writing in a Title VII case, the majority said they were bound by circuit precedent to rule against Kimberly Hively, a lesbian who was not promoted at the community college where she worked, but the majority ruled against her reluctantly, recognizing that Title VII needs to be re-interpreted.

Now the full bench of the Seventh Circuit has agreed to review Hively’s case, a strong signal that we can look forward, for the first time, to a federal appellate court ruling stating that Title VII covers gays and lesbians. I’m not sure how long this review will take, but it’s likely that this case will also wind up at the High Court.

Coming around full circle from the bickering groups at Gay Inc. that started this column, the question of what strategy we should pursue in state legislatures will likely be rendered moot by court action in the next couple of years. So again, now is not the time to skulk around like little mice taking teeny nibbles off the civil rights cookie. It’s time to finish the damn thing in two big bites the same way we finished off marriage equality—in the courts.

We are returning to exciting times.