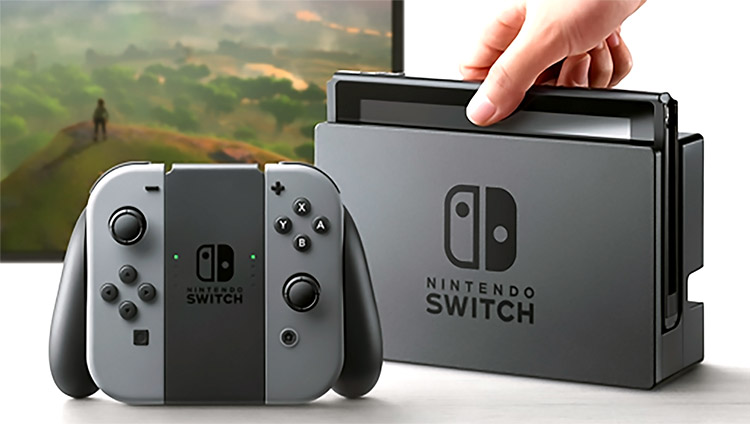 Nintendo is finally making the leap with new power, titles, and once again, innovation.

Since the 1990s Nintendo has had first party exclusives that were legendary in all aspects of the gaming world. Legend of Zelda, Mario, Metroid, Pikmin, Animal Crossing, and Smash Bros have all conquered sales and spawned a mass following for the company in numerous countries across the globe. But the past few years their old nintendo console has dwindled out. The Wii U was innovative and filled with great ideas. Screen controller, online gameplay, chat rooms, and the virtual console housing some of the best titles to grace the console thanks to Miyamoto. It seemed like a great idea—until the titles stopped coming.

Well Nintendo has been hard at work on something different. For months many fans have been speculating and nicknamed the hidden console Nintendo NX. What was it? Was it going to be powerful? Was it going to have their fans in mind? Is it Portable?

Their business has doubled in recent years through the portable market with the 3DS and a slew of titles so it was a fine hypothesis to think that maybe, just maybe, Nintendo would make the move.

So what is Nintendo’s next move? Ladies and Gentlemen, meet the Nintendo Switch.

Boasting a new super powered CPU, innovative controller, and a portable screen to play gaming on the go, the Switch is Nintendo’s answer to the future of gaming. Already with a market of gamers who are die hard fans of their best selling portable 3DS, Nintendo is planning to focus, not only on their hardcore gamers that were forgotten, but also on enriching the future for allowing gaming to be accessible anywhere in the world and allowing newcomers to join the ranks.

Of course the games are what make a system great and already Nintendo has some finest first and third party developers making some stellar titles. And what titles you say? Well, like the new Legend of Zelda: Breath of the Wild—yeah—take a deep breath. Look.

Boasting a color palette compared to a Studio Ghibli animation, Nintendo is making the new Legend of Zelda to be available for the new console upon release. Alongside are Mario, and perhaps SKYRIM, a Elder Scrolls rerelease title in HD and updated graphics that might be enough to finally push hardcore gamers to purchase the console on day one.

Aside from those bells and whistles, the Nintendo Switch can also have a multiplayer functionality where you and friend can play split screen on the controller. In the keynote video released last month, it showed friends racing each other on Mario Kart and some playing basketball with a NBA title. All of which were utilizing the split screen on the portable handheld.

No one knows how long the battery will last and from the what the sources are saying is that Nintendo is not letting any more information out until 2017. Damn—and I was hoping for some more tidbits about their mysterious new home/portable console.

Nintendo is finally making the leap with new power, titles, and once again, innovation. But is it enough to pull the company back to its fans? Is it enough to get their groove back? Only time will tell but I will say one thing: Nintendo might be on to something and if it succeeds expect another treasure to sit by your side anywhere you go.