The Other Side Of Grief | The Fight Magazine 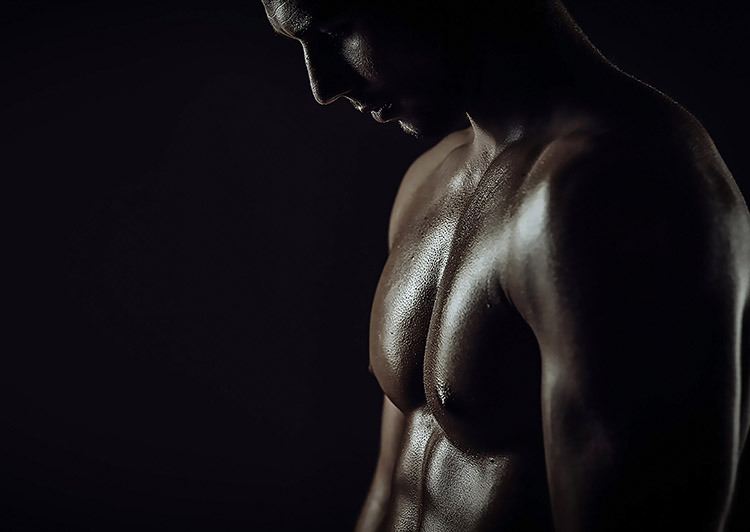 Humans should have developed iron clad coping skills for grief by now. We’ve had centuries of practice singing, writing, and now creating countless, idiotic television shows about it. Yet when it actually happens it’s so alien, so unthinkable, it throws us into a hyper-real landscape exposing the best and worst in everyone involved.

I lost my dad to a car accident when I was four, my brother to a car accident at eighteen, my college friend to a plane crash, an aunt to cancer, both sets of grandparents, and my amazing step-dad—all by the age forty-three.

Then inconceivably, I lost my partner of seventeen and a half years to a car accident when I was forty-four. So I’m a bit of an expert when it comes to loss. That said—the idea of losing someone again is still beyond my comprehension. There’s a curious mental disconnect when it comes to the reality of death, a common response to major trauma. To bridge this, I’ve compiled a rough guide based on my experience to (hopefully) help navigate to the other side of grief.

BEFORE IT HAPPENS: No one likes thinking about their own death, but spare your loved ones the painstaking task of disassembling your life and organizing and conceptualizing a memorial. It may be a welcome distraction for some, but for most, tying one’s shoelaces is task enough after losing someone.  I cannot stress how important preparing a living will is. Outline everything specifically. Cremation? Embalming? Casket (what kind)? Detail the ceremony, music, who not to invite? A life insurance policy can help cover costs. Most are free or low cost with your bank or credit union. Decide what to do with your STUFF, your music collection, computer, clothing, car. I sorted objects for two years. Also, be very clear about your valuables and assets. Don’t leave it to family to decide who gets the heirloom banjo or insurance money. That never goes well.

After my partner died, I initiated a wrongful death lawsuit including his family. A week later the lawyer informed me he represented family only (we were not married, CA law passed the day after he died). I was told to cease contact. Banned from all information, police reports, autopsy, etc., I still have no idea what actually happened to him that night on the road.  However, his sister bought a new stove, his mom redid her cabinets, even all the grand kids got a slice. After nearly two decades of Christmases, birthdays, and what I thought was a wonderful relationship, they dumped me for a buck.  Trust me, it’s a common story in grief groups. Prepare a will.

WHEN IT HAPPENS, if it was someone close, you may want to completely snap, lose it. Part of you has been removed like you’ve lost a limb only you’ve lost an entire person.

Sleeping and eating are impossible, or you overindulge. Your perception is filtered entirely through grief and the weight is unbearable. Take care of yourself. A week after my loss, I collapsed from exhaustion and was unable to move.

I thought I was dying. I hoped I was dying. I envied my partner getting the “better deal”; eternal bliss verses living misery. My mind was spinning, spinning, so I turned to the witches in MacBeth, how to stage them effectively. While I clung to this mental buoy, my grandmother appeared in my living room alongside my childhood doctor insisting I needed warm milk. They were shadows, but I recognized them. The doctor said sleep. Others were there, silent, watchful. Was I hallucinating? Did my higher self kick in presenting comforting images as a survival mechanism?  Was I visited by spirits? I never cared about the answer. I felt their love. I felt my legs and hands and finally, I began to move and life went on.

Avoid physical complications by getting proper exercise, sleep and food. I set my phone to chime every two hours reminding me to eat and drink. Have whatever you crave. I couldn’t eat meat. Fruits, veggies, cupcakes, sure but no meat. To help with sleep I recommend Binaural beats music and soothing teas. Melatonin is a bust and Valium is just too heavy after four weeks of constant use. Meditation and exercise are also key. I walked forty-five minutes to an hour a day at first.

After two months I was walking three to four hours a day. Whatever your physical activity of choice, do it. Give yourself permission to do whatever the fuck it is you want. Remind yourself you’re still alive by getting physical. Do not involve your brain. Have lots of sex. Laugh. Commit to powerful, life-affirming activities.

DON’T FEEL BAD ABOUT FEELING GOOD. Someone has died—yes. You have not. You’re going to experience every emotion under the sun- joy, weightlessness, a touch of insanity. Welcome it all. You’re so emotionally open, you become a prism for the light of the universe. Let it reflect everything. Some feel one should act a certain way, but pay attention to your needs if you can, and try to meet them.

Grief groups are often free, valuable outlets. If you can afford therapy, it’s worth it. Some people derive counsel from close friends, family, or faith. Whatever the means, treat yourself. Do not go through this alone. But realize…

PEOPLE WILL CHANGE; an unfortunate fact. Death illuminates true character and often it’s not pretty. You’ll lose friends. You’ll lose family. People you’ve trusted for years will alter how they interact entirely. Some who’ve made promises will disappear with no excuse. It’s confusing and hurtful. One “friend” told me when asked why he wouldn’t visit, “We can’t ALL live off condolence checks, some of us have to work”. It’s unconscionable but extremely common. Death causes a variety of responses in people that aren’t always congruous and energies clash. In some cases it’s no ones fault, but it’s still hurt upon hurt.

In the midst of this, don’t figure it out. Try to be open to new people who appear in your life. My first few months I encountered people who came out of nowhere, yet had my best interest at heart. I’ve no idea why. Most I barely knew, yet they helped me. Be open to kindness and support from every source.

DON’T BLAME YOURSELF. Looking for sense in the senseless is only human. One way we do this is by “controlling” the event. “If only I had _______, they would still be alive.”

We need a cause, a reason. Sometimes that reason becomes us. We play over the scene we think we needed to alter in order to save them. It haunts us. We concentrate on the logical flow of events and interject ourselves as a cause. It may lend a form of “sanity” into an otherwise insane situation, but it’s not real. For all our love, we are just not that powerful. People die. We’ve no ability to stop it. No matter how intricately we weave the story of how it hinged on us, we are not to blame.

AFTER IT HAPPENS, take your time. You’ll need a year. I don’t care what anyone says, for an entire year you won’t be of much use. And that is okay. Go to Hawaii. Hike the Appalachian Trail. Become a couch potato (I did). Write a book and get famous (working on it). You’ll need a year of little to no real plans. Don’t move away, start a relationship, buy a car, get divorced, etc. Travel, exercise, light work, these are great, but no major life decisions.

When I lost my brother, I immediately started college and triple majored. By graduation I crashed so hard from the collaborative grief of my father and brother, the effects followed me many years after. Grief is a pay now or pay later situation. It’s going to take us on its journey no matter what our plans. We determine when to begin and how long we travel the path at any given time. But we must always take it to the end.

Eventually, grief can turn to empowerment.  The old expression, “What doesn’t kill you makes you stronger” actually is true. I hung a post-it on my bathroom mirror that read, “This WILL change me forever.  Why not change for the better?” As I continue to re-build I consciously choose to value life in honor of myself, but also of those I’ve lost. I make a daily decision to smile, not always easy. I continue to speak my truth and over time those truths get easier to express.

Grief requires work, time, and forgiveness. Forgive them for leaving. Forgive yourself for surviving. Forgive yourself and others for not taking the best actions. Pay attention. Talk to people. I learned by example and alternative thinking that while grief is a wound, it isn’t fatal, and that healing can take place if one is willing to fully accept and walk through the bad and (strangely) the good of it.