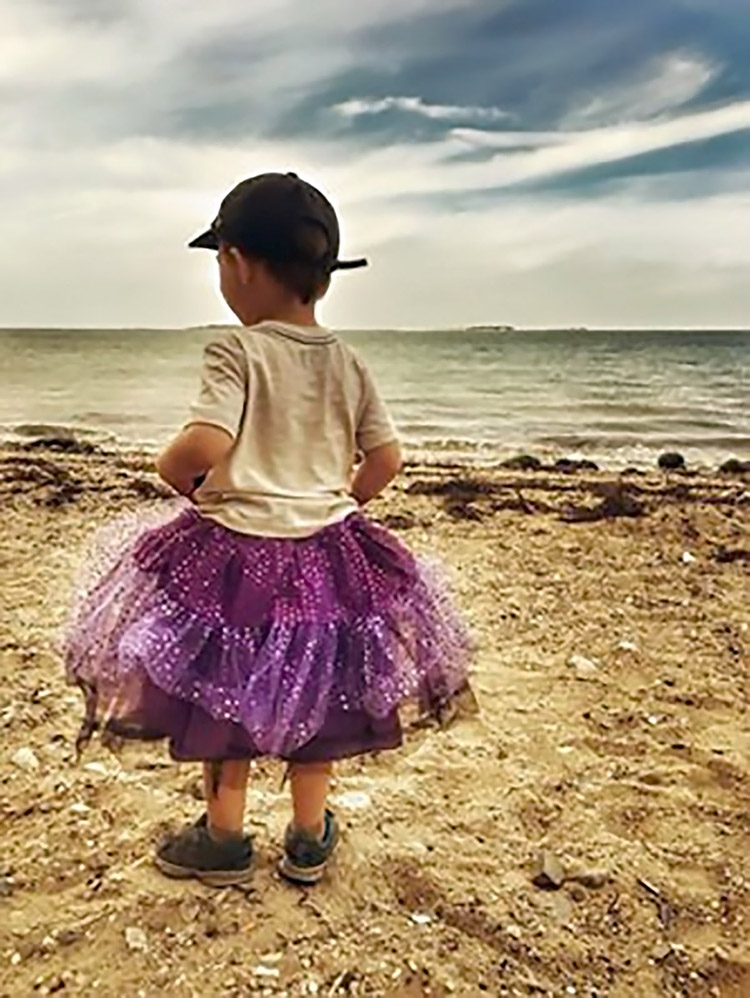 The BRAVE, The BEAUTIFUL

Last month, Jen Anderson Shattuck posted a photo of her 3-year-old son Roo wearing a tutu on Facebook. In the caption, she told the story of a distressing encounter that had occurred the day before.

Yesterday, on our walk to the park, my son and I were accosted by someone who demanded to know why my son was wearing a skirt. We didn’t know him, but he appeared to have been watching us for some time.

“I’m just curious,” the man said. “Why do you keep doing this to your son?”

He wasn’t curious. He didn’t want answers. He wanted to make sure we both knew that what my son was doing—what I was ALLOWING him to do—was wrong.

“She shouldn’t keep doing this to you,” he said. He spoke directly to my son. “You’re a boy. She’s a bad mommy. It’s child abuse.”

He took pictures of us, although I asked him not to; he threatened me. “Now everyone will know,” he said. “You’ll see.”

I called the police. They came, they took their report, they complimented the skirt. Still, my son does not feel safe today. He wants to know: “Is the man coming back? The bad man? Is he going to shout more unkind things about my skirt? Is he going to take more pictures?”

The world may not love my son for who he is, but I do. I was put on this earth to make sure he knows it.

I will shout my love from street corners.

I will defend, shouting, his right to walk down the street in peace, wearing whatever items of clothing he wants to wear.

I will show him, in whatever way I can, that I value the person he is, trust in his vision for himself, and support his choices—no matter what anybody else says, no matter who tries to stop him or how often.

Our family has a motto. The motto is this:

We are determined and persistent.

We are beautiful and brave.

Epilogue: Shattuck’s powerful post has reached over 40,000 likes and shares, and the comments section is filled with supportive messages for Roo, Shattuck and her wife Audra. The viral post even spawned a social media movement, #TutusForRoo. Using that hashtag, parents and child-free grown-ups alike shared photos of their kids and themselves wearing tutus in support of Roo.