Some More Equal Than Others | The Fight Magazine 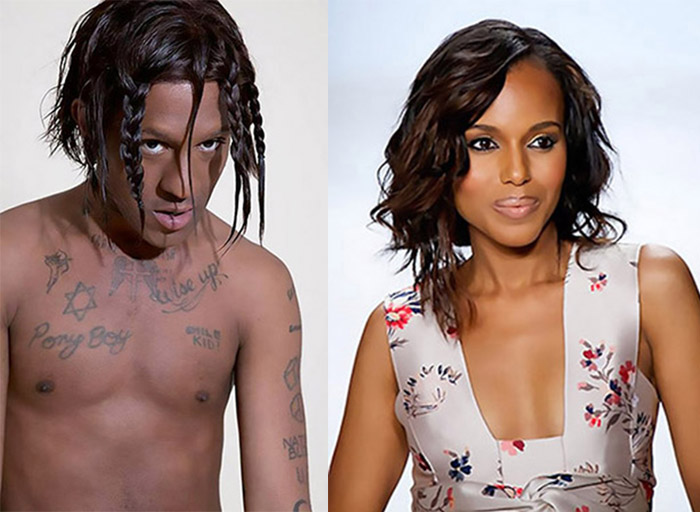 Every victory in the fight for social justice exposes new fronts of injustice, new wrongs to be righted.

This past March Michael Sam, the first openly gay man to play pro football in the United States, sat down with Attitude Magazine for their “All America Issue.” Sam told the UK-based gay publication that he had experienced more racism in the gay community than homophobia in the black community. My heart broke a little—but honestly I can’t say that I was surprised.

Shortly before the Michael Sam interview hit newsstands, another prominent gay black man was making headlines. Mykki Blanco ignited a firestorm when a series of tweets from the queer rapper criticizing gay media organizations such as Out and GLAAD for their lack of inclusiveness and representation inspired the hashtag #GayMediaSoWhite. The anger and frustration in the ensuing conversation was palpable.

Los Angeles is one of the most diverse cities in America—but you’d be hard pressed to see that walking through the heart of Boys’ Town. Gay nightlife in the Southland often feels surreally segregated…”

I don’t have to tell you that we are living through a time of unparalleled historical significance for the LGBTQ communities—comparable only to the Plague Years in longterm impact. A remarkable string of legal, political, and cultural victories, arguably beginning with abolition of “Don’t Ask, Don’t Tell,” and including (but my no means limited to) local adoption rights and employment protections, national same-sex marriage rights, the striking of archaic HIV-criminalization laws all around the country—even the coming-outs of Michael Sam and athletes in nearly every other major sport in America.

Each of those victories represents courage, hard work, and determination of herculean proportions. And now we are fighting for equal protections and humane accommodation for transfolk—a situation that would have seemed unbelievable even five years ago. Each victory bringing us one step closer to that elusive phantom, “equality.” But rather than bringing us closer together, every victory seems to bring us a little closer to falling apart.

CRACKS IN THE FACADE

Ever since same-sex marriage became a national reality, the cracks in the facade have really started to show—both within the gay community and between us and our cousins in the LBT. Not that we’ve ever been particularly monolithic. When I came out, in the mid ‘90s, gays and lesbians seemed more like two non-competing species who happened to share an environment than people who shared a community and culture, bisexuals usually stayed in the closet even within the gay community, and transfolk mostly seemed to keep to themselves.

Cut to twenty years later and mutual disinterest (and heavy bi-erasure) seems to have given way mutual hostility (and slightly lessened bi-erasure), and for a while I’ve been wondering if “marriage equality” itself—or at least, the pursuit of same-sex marriage—was the problem.

Los Angeles is one of the most diverse cities in America—but you’d be hard pressed to see that walking through the heart of Boys’ Town. Gay nightlife in the Southland often feels surreally segregated, and there are quite a few bars and clubs which cater specifically to black and latino gays that I’d bet most of the gays in WeHo and Silver Lake have never even heard of—though several of those have closed in recent years.

Los Angeles does not have one gay community, but several—which often seem closer to their communities of birth than to queers from differing backgrounds.

If there was truly a time of unity, it was the Plague Years. Dying gay men were stacked like firewood in the halls of hospitals from New York to L.A. We didn’t have much time for infighting, when everyday was was a struggle simply to survive.

Before the Plague Years, we weren’t fighting for “equal rights.” In the years leading up to those first AIDS diagnoses in the early ’80s, our people were involved in a struggle for “gay liberation,” the freedom to live our lives openly without interference from the state. I think perhaps we have invested too much energy pursuing those things that heterosexuals have—like marriage and military service—and maybe it has cost us something as a culture. We should be cautious about diving head-first into heteronormative institutions that seem to make so many heterosexuals miserable.

Our community—or at least our political elites—has been overly focused on “equality” since the end of the worst of the AIDS crisis in the mid ’90s. During the Plague Years we were understandably fighting just to survive, to have the right to die with dignity and to force the government and the big pharmaceutical companies to address the plague that was decimating our people.

Personally, I’ve been a little skeptical about our collective focus on “equality” for almost as long as I was aware we were fighting for it. Like many, I felt like we have bigger fish to fry, and thought perhaps our resources—time, wealth and social capital—might not be better spent agitating for an end to draconian HIV-criminalization laws, better legal protections for transfolk, getting homeless queer kids off the streets, or even (hey!) a cure for AIDS. There is a big part of me that isn’t even sure whether or not state-recognized matrimony is even an institution we want to be a part of. It is an inherently conservative institution, and hopelessly bourgeois. Didn’t the Women’s Liberation movement expend a lot of energy trying to throw off the shackles of matrimony? I’d often ask myself. Why are we so eager to try them on?

THE BENEFITS OF MARRIAGE

Not that matrimony doesn’t have its upsides. Marriage is a powerful piece of social technology that benefits both society and those who enter into it. And marriage equality is an issue of profound symbolic importance that impacts us in ways we don’t even fully understand. Before national marriage equality there was some evidence that gay men in states that grant same-sex couples the right to marry experience measurable benefits to both their physical and mental health, while states that explicitly banned gay marriages saw significant upticks in their rates of HIV infection. Now, it’s impossible to draw a straight line from the passage of laws to changes in health signifiers—any such change is correlation, not causation—but I think it speaks to how being denied legal equality increases the ambient shame in our lives and feeds that nugget of self-destructive rage that just about all gay men carry around inside ourselves.

But if it is psychologically toxic to have your second-class status enshrined into the laws of the place that you call home, I imagine it must be equally caustic to look at the covers or flip through the pages of magazines ostensibly geared toward celebrating gay culture, only to have those pages populated by heterosexuals and gay men who look nothing like you.

I generally take a fairly dim view of GLAAD; an organization that has historically seemed more interested in word policing than “empowering real people to share their stories.” And I have especially small patience for the GLAAD media awards, which time and time again lionize heterosexuals rather than “[amplifying] the voice of the LGBT community.”
And last year, when I heard that GLAAD was honoring Kerry Washington, I meh’d my heart out. But the straight Scandal star used the opportunity to magnificent effect. Washington opened her speech by acknowledging the seriousness with which she takes being an ally before calling out the way…

“Women, poor people, people of color, people with disabilities, immigrants, gay men, lesbians, bisexuals, trans people, intersex people, we have been pitted against each other and made to feel like there are limited seats at the table for those of us who fall into the category of ‘other.’ … As others, we are taught that to be successful, we must reject those ‘other others,’ or we will never belong.”

I like to think of myself as practical and pragmatic, but to tell the truth I harbor some terribly romantic notions about the gay community. At our best we represent a space on the Venn diagram where all of the other circles overlap. A tribe of individuals from radically different cultures and backgrounds, drawn together by a shared desire for pleasure and acceptance, and united in the sanctuary we’ve found in one another, often far from the communities and the cultures which birthed us.

We are cooperative by nature—homosexuality is associated with heightened levels of progesterone, a hormone linked with pro-social behavior—and the circumstances of our formative years frequently involve alienation from the cultures of our birth and empathy-inducing struggle that often entails.

And since we come from every people, we have the potential to be collective a force for compassion; bridge builders spanning the gulf of mutual incomprehension between the patchwork of cultures and tribes that make up Western Civilization.

But for the most part we fall bitterly short of that ideal, as the experience of Michael Sam, Mykki Blanco, and many others clearly shows.

Every victory in the fight for social justice exposes new fronts of injustice, new wrongs to be righted. Our victories in the fight for equality have been hard fought and hard won, but they will always be hollow as long as some of us are more equal than others. And the war will never end as long as the “other others” are excluded from their rightful place in our culture and our community.

To once again quote Ms. Washington:

“We must be allies and we must be allies in this business, because to be represented is to be humanized, and as long as anyone anywhere is being made to feel less human, our very definition of humanity is at stake, and we are all vulnerable.”