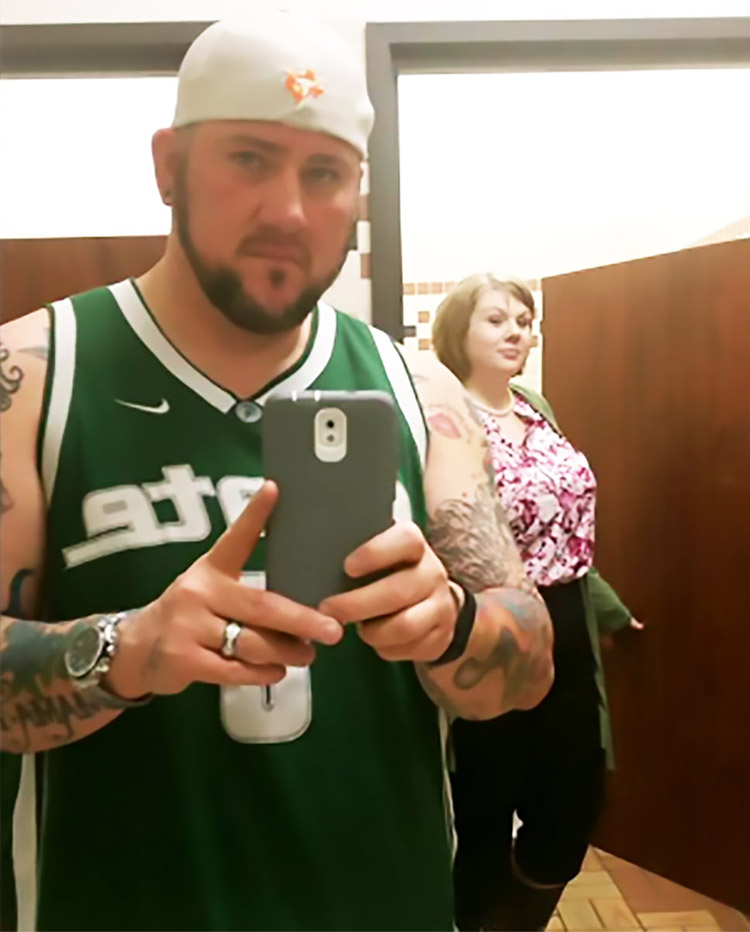 Since last we spoke, a “religious freedom” bill has reached the Georgia governor’s desk, and the North Carolina legislature has passed a law that both bans transgender men and women from their normal bathrooms and prevents local entities and universities from protecting GLBT citizens (and others) against bias.

Georgia Governor Nathan Deal bravely vetoed his state’s bill. But North Carolina Governor Pat McCrory (who unlike Deal is running for reelection) signed the Tobacco State measure into law, triggering a national backlash that we hope and pray gains steam over coming weeks.

The North Carolina bill was introduced and passed in a matter of hours during a special session of the legislature while McCrory waited in his office, pen in hand. Lawmakers explained that without the measure, a local ordinance set to take effect in Charlotte would have allowed predatory men to use the ladies room at will, jeopardizing the safety of women and girls. The new law solves this dire threat by clarifying that use of public facilities should be based on an individual’s birth certificate gender. For the record, it’s not easy to change your birth certificate in North Carolina and you need to have surgery to do so.

Corporations and sports institutions like the NCAA, the NBA and the NFL, have come out in opposition to this law, and several cities and at least three states have banned official travel to North Carolina. Lambda and the American Civil Liberties Union have filed a federal suit against the state, and North Carolina Attorney General Roy Cooper, who is running against McCrory this year, opposes the new statute and refuses to defend it in court.

Several macho-looking transmen have posted selfies, asking North Carolina politicians and citizens if they really want to force transmen like themselves to join the ladies in the toilettes.

Several macho-looking transmen have posted selfies, asking North Carolina politicians and citizens if they really want to force transmen like themselves to join the ladies in the toilettes. I’ve always thought this was the best way to fight these bathroom laws. You don’t want men in the little girls’ room? Well, just look at these guys! What are you thinking?

However, the trans community itself is split on the tactic, pointing out that the strategy undermines those in the transgendered community who cannot pass as easily as some transmen. I see their point, but I disagree.

The whole bathroom attack is targeted against transwomen, and is based on the notion that MTF women are nothing more than dangerous guys in drag with peculiar attitudes that threaten wives and daughters. Transmen who pass easily personify the irony of these rules, as they clearly illustrate a far more jarring level of bathroom awkwardness than any scenario the lawmakers could have envisioned. Indeed, I actually think most of these oblivious representatives aren’t even aware of transmen, and have given no thought whatsoever to the impact of these regulations on the vulnerable little women who will be forced to share the sinks with scary bearded muscular he-men.

Is it politically sound as a longterm civil rights strategy to emphasize passing? Not at all. But it works for this fight, and this is the fight of the moment. It’s no accident, by the way, that South Dakota governor Dennis Daugaard vetoed his state’s bathroom bill after meeting with transgendered activists. Ditto the lawmakers in Tennessee who dropped their effort after a similar hearing with trans men and women. These officials have to see our community in stark relief in order to see the light, as does the uninformed public.

So here’s a dilemma for the Human Rights Campaign. If you want to remain non-partisan, you have to extend a hand to a Republican now and again. Years and years ago, Elizabeth Birch gave five grand to the GOP congressional fund, a generic pot of money that helped elect Newt Gingrich’s  “Contract with America” cohort in 1994. Nearly a quarter century later, I have not really forgiven them for that.

Now, our DC lobbyists have endorsed sitting Illinois senator Mark Kirk, a Republican who I think is the only GOP senator to sponsor our signature legislation, the Equality Act. I applaud Kirk for his support, but the man also backs Donald Trump, and is running against Tammy Duckworth, who earns a 100 percent rating in support of GLBT rights. Further, Illinois is one of the key contests for Democratic control of the Senate, a paramount goal for our community if there ever was one.

The answer for HRC?

You cannot operate like this. You cannot undermine the larger goals of the community you represent in order to forge short-term strategic alliances with moderate Republicans, if those still really exist. You have to lobby people like Mark Kirk, but make clear that you do not have an endorsement to trade. I don’t know how. That’s why it’s a dilemma. Maybe you come up with another kind of statement short of an endorsement. Or maybe you simply don’t win support for your legislative goal—-a failure which would reveal something of the heart of the politician in question.

You know, it’s also quite possible to have a “non-partisan” mission statement, but prefer Democrats down the line. That doesn’t mean you’re “partisan,” it means Republicans have a lot of catching up to do.

Did any of you catch Maureen Dowd‘s piece in the Times about the Beverly Hills Hotel? The chic celebrity gathering spot was the subject of a boycott a couple of years ago based on the fact that its owner, the Sultan of Brunei, believes in capital punishment for homosexuality. Now, according to Dowd and her host with the most, Max Mutchnik,  political correctness is wearing thin and brunch is back. What’s more important, mused Mutchnik, fluffy pancakes and warm maple syrup, or gay rights? Hey, it’s enough to give many of us pause.

Mutchnik observed, and I paraphrase, that if you look closely enough, you’ll find a reason to object to dozens of establishments. Sometimes, you don’t have to look that closely. We could all wind up either boycotting everything or being selective hypocrites. Should we avoid the shows on Fox? Nix dealings with any company that has business in countries with bad laws? You get the picture.

I’m torn, because I’ve been a pretty bad activist myself. I dutifully boycotted Coors, Romanian wine, Chick-Fil-A, Barilla pasta, and other replaceable brands. But it got complicated. I couldn’t remember whether or not I should shop at Lowes or Home Depot. (Lowes is bad, Depot is good.) For awhile I accidentally boycotted Buitoni instead of Barilla by mistake. Coors became good again, but I avoided the brand for years out of ignorance. Somehow, I didn’t quite realize that my corner gas station was an Exxon, so I kept going there and subsequently felt it was too late to change. And then, sadly, I tried some Romanian wine only because I had allowed it to become an attractive taboo item. Also, I couldn’t remember why it was on the hit list to begin with.

(I just checked. In the late 1990s, the call came to avoid Romanian wine because the country passed the worst antigay law in Europe. It’s not clear why wine was singled out. Now, one website says Romanian gays have “excellent legal protection,” and celebrate “GayFest” every year. Noroc!)

I’m sure I have failed to act in solidarity with my gay brothers and sisters on many occasions, but I have tried and I do believe in targeting our corporate foes. That said, brunch at the Beverly Hills Hotel sounds very tempting. I’m not sure I’d pass that up.