With White Party season in mind—we asked a few local folks in recovery what they think about attending circuit parties clean and sober. 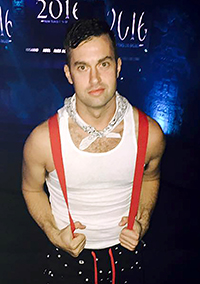 “I think sober guys going to events like the White Party is fine. If you have a love for the music and you go with a community of friends, it can be a lot of fun. I think you can overdo it, but on special occasions is fine. You can meet people from all around the world and the men are extraordinarily beautiful. I think it’s cool. That’s been my experience. T-Dance is the party I would go to if I could go this year. People are way more coherent at a day party. I always go with sober people. At least one, but the more people I go with, the merrier. It’s a lot of fun.”

“I am sober, but I am not dead. I don’t cheat myself out of an experience. As long I am spiritually fit I can go anywhere if I am clear about what my intentions are for going. My goal in recovery has been to stay connected with a power greater than myself—I call it “God”—so that if and when the craving comes knocking, I’m granted the strength to not answer the door.” 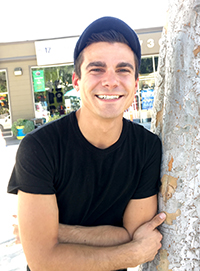 “I think it’s possible to attend these events sober, especially if you go with a good support system of sober guys. I’m in my early stages of recovery, so personally, I don’t think it’s a good idea for me at the moment. It’s way too triggering. I love music. I just don’t know if I would want to put myself in that sort of scene, but to each his own, and if you can handle it – then go. Have fun. More power to you.” 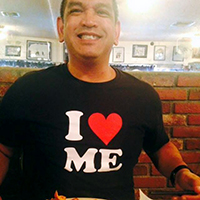 “I would be okay with going to circuit parties. I feel strong enough in my sobriety to attend these events, but for people who don’t have that strength, I don’t know. There is an underworld to that scene and it is very powerful. I started out by doing cocaine at the clubs, but once I did meth, I didn’t come down until I had a heart attack at a bathhouse. So in the context of going to circuit parties, I’d be fine. Drugs are not a choice for me today. I would surely die.” 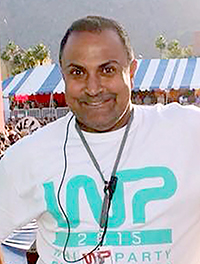 “We—as people in recovery—did not get sober to not have fun. We can do anything. Just because there’s a big, great party going on, does not mean we have to associate drugs and alcohol with it. I strongly believe that maybe someone newly sober, it’s not such a great idea to jump into that, but if you surround yourself with your sober posse, you can do anything. There is amazing music and talent and amazing performances and you can appreciate the décor and all the work that goes into it when you’re sober. People can definitely go there sober, have an amazing time and then go home. And go to bed.”