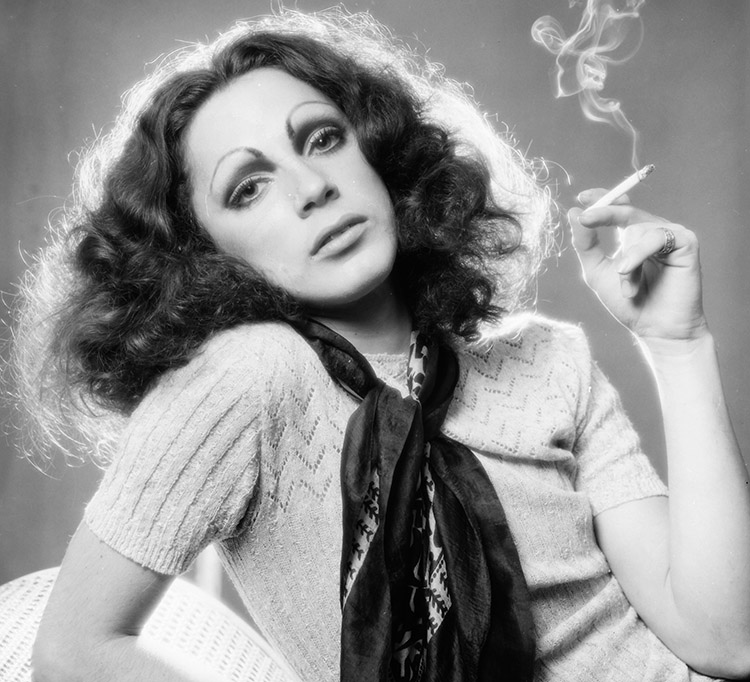 Before she died internationally-acclaimed cabaret performer and Andy Warhol muse Holly Woodlawn had decided to leave a legacy of support for at-risk LGBT young people.

Shortly after her death on December 6, her estate reached out to the Los Angeles LGBT Center—the nation’s largest provider of services for LGBT youth—to jointly establish the Holly Woodlawn Memorial Fund for Transgender Youth with seed money of $25,000.

“Holly Woodlawn’s last wish was to establish a legacy in her name for youth at risk,” said the Center’s Chief Development Officer Bill McDermott. “The Holly Woodlawn Memorial Fund for Transgender Youth will benefit the trans youth that the Los Angeles LGBT Center serves throughout our various programs, which includes Trans Pride L.A., Trans* Lounge, Transgender Economic Empowerment Project, and our trans health care services. At a time when trans people globally are victimized or killed for simply being their true selves, this fund will help to empower and inspire trans youth to be relentless, courageous, and strong.”

Throughout her life, Woodlawn—who appeared in Warhol’s underground films Trash and Women in Revolt in the 1970s—was a major force and advocate for transgender rights. She was born in 1946 and, as a teenager, hitchhiked from her family’s home in Miami Beach, Florida, to New York where she briefly experienced homelessness, according to her 1991 memoir A Low Life in High Heels: The Holly Woodlawn Story.

In 1969, Woodlawn, who was at the Stonewall Inn when New York City police officers raided the bar, participated in the momentous riots that ensued.

It was Woodlawn who inspired Lou Reed’s famous 1972 song Walk on the Wild Side. Reed’s opening lyrics read: “Holly came from Miami, F-L-A / Hitchhiked her way across the USA / Plucked her eyebrows on the way / Shaved her legs, and then he was a she.”

In an interview with The Guardian in 2007 Woodlawn confirmed Reed’s account of events.

“I was 15 years old and failing at high school in Miami Beach because I was too busy partying. I was supposed to go to summer school to catch up and really didn’t want to, so I joined some of these Cuban queens to go to New York. I hocked some jewellery and we made it all the way to Georgia, where the money ran out and we had to hitchhike the rest of the way,” Woodlawn revealed.

“Atlanta, Georgia, of all places—you could expect to be tarred and feathered and murdered in those days! But we survived and I remember the first time I saw New York: the Emerald City. I thought the sidewalks were made of diamonds because of the specks of mica in the asphalt. It was 1962. Marilyn had just died. I lived on the streets like everyone does when they run away. I met some girlfriends who took me in and we found a place in Queens. I was really lucky. I met this guy who fell in love with me and asked me to be his girlfriend. I started taking hormones for a sex-change and lived as his wife, working in the days as a clothing model at Saks Fifth Avenue. Oh, the things I did! And for six or seven years they never knew I was a boy. Not a clue!”

Donations to the fund may be made online at lalgbtcenter.org/holly or by calling 323-993-8931.