The Gray Myth of Meth | The Fight Magazine 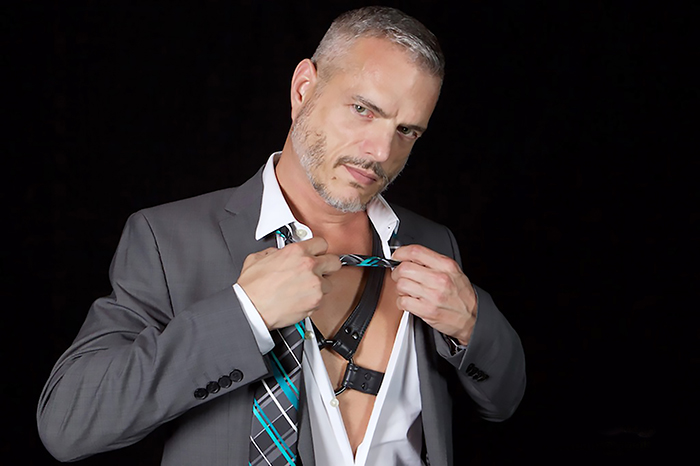 When you think of people who use crystal meth, do you think of silver haired daddies? Probably not. And, until a few years ago, neither did I.

I came to Los Angeles nearly 25 years ago to attend law school. Somewhere along the way, I went from being a young gay lawyer who enjoyed dancing the night away with my friends in West Hollywood to being managing partner of a law firm by day and a leather daddy by night. As they say, time flies when you are having fun.

Over the years, I have seen and experienced a lot of things. One of the things I have seen is the epidemic of crystal meth consuming the LGBT community. It seems like it started as a young person’s party drug. Personally, I wasn’t interested in experiencing the effects of “tina”—as many people like to call it. But I witnessed its increasing grip on my community and how it changed so many lives of young friends.

As I got older, I was sure that I was putting distance between myself and the growing crystal meth epidemic. I believed that people closer to me in age and experience were still acutely aware of the impact of HIV on our community and were still focused on saving lives and rebuilding our community – not generally the sort of people that would engage in risky activities related to the use of illicit party drugs like crystal meth. In time, I felt confident that the older professional LGBT people that I hung out with knew what harm the drug could do and knew how to avoid it. I was wrong.

As I approached my 50s, I began to realize crystal meth use was not limited to the young. The epidemic was spreading, and it seemed nobody was beyond its reach.

Reports from the U.S. Census Bureau confirm that our population is aging dramatically. In 2030, more than 20% of U.S. residents will be seniors compared with just 13% in 2010. By extension, the LGBT community is growing older, particularly as we gain substantial ground on HIV treatment and prevention. Projection studies show that the number of people over the age of 50 who will require treatment for substance abuse in the U.S. will increase from 1.4 million people in 2000 to 4.4 million people in 2020. Studies also show that in the “over 50” age group, substance abuse is often found among those experiencing physical and mental illness.

So our community is growing older and at the same time we are seeing dramatic increases of drug abuse. The epidemic of crystal meth is riding this wave, as it becomes increasingly plentiful and readily obtainable in the Los Angeles area. I was seeing more and more people in my generation using the drug. And, to my dismay, it began to impact my own life in very personal and direct ways. It literally changed my world and how I viewed this “party” drug.

Because of my personal experiences, I began to explore why people my generation were doing it. What was the appeal of this drug for guys my age? Why were people willing to risk their lives and relationships for this drug? I felt I needed to understand it all better.

Of course, the questions are complex and far better answered by the experts. What I have come to believe, however, is that the psychological effects of aging and mortality issues can be powerful forces in the choices one makes for their lives. As we experience the loss of parents or other close loved ones, and we see our own bodies aging, we are reminded of our own mortality and inevitable death. We become fearful of death and/or desire increased vitality and life.

In my experience, crystal meth use among my generation is less about the false euphoria that enhances the “party” experience and more about a perceived feeling of energy and vitality, not to mention perceived sexual drive and desirability that people think they feel when using. Instead of facing the realities of aging, some people are simply “medicating” themselves and avoiding reality. Some use the drug to access sex, in some cases with addicted young members of our community with less means or ability to obtain it, as if the drug were sexual currency. In the end, I found older people slowly killing themselves and destroying lives in a futile effort to maintain their youth.

I don’t mean to seem as though I stand in judgment. I do not. In fact, once I began to comprehend some of the reasoning behind the use of this drug, I had to take a second look at my own conduct and the ways that I have sought to regain youth and vitality in the face aging. My goal in speaking openly about these issues, however, is to highlight that there are heathier ways and less healthier ways to tackle the effects of aging. I believe the false sense of youth and sexuality created by crystal meth use among this generation is more harmful than nearly anything else we might do.

Of course, the issue is far more complex than just the physical impact of aging. As I mentioned, substance abuse among the aging population is often coupled with illnesses, both physical and mental.

The potential combination of both psychological and physical triggers makes treatment of substance abuse among the aging more difficult and perhaps less easily understood (if not also harder to recognize or diagnose). Likewise, my experience is that crystal meth use among a population that tends to be more financially secure and better insured is more easily hidden from the outside world because the financial and physical effects do not reveal themselves as quickly.

As a community, we need to do more to recognize and focus attention on the impact of the crystal meth epidemic among the aging members of the community— not at the exclusion of, but in addition to, the younger members of the community. And we need to do more in terms of providing appropriate treatment for this population, given the differences in the causes and effects of the drug abuse.

When I decided to run for Mr. Christopher Street West Leather 2016 last June, I was determined to make this one of my “platform” issues. I made it my goal to bring focus to this important issue.

Thankfully, I won that contest and I am able to use that opportunity to bring Christopher Street West (sponsor of LA Pride) together with The Los Angeles LGBT Center and other collaborators and sponsors to host a community forum event called “The Aging of Meth.”

The event will be held on the evening of October 6th at The Village at Ed Gould Plaza, 1125 N. McCadden Place Los Angeles, CA 90038. Scheduled participants include the nationally recognized drug treatment specialist and successful author Brad Lamm and West Hollywood City Councilman John Duran, a respected advocate on recovery and addiction issues statewide. Public participation will be encouraged and welcomed.