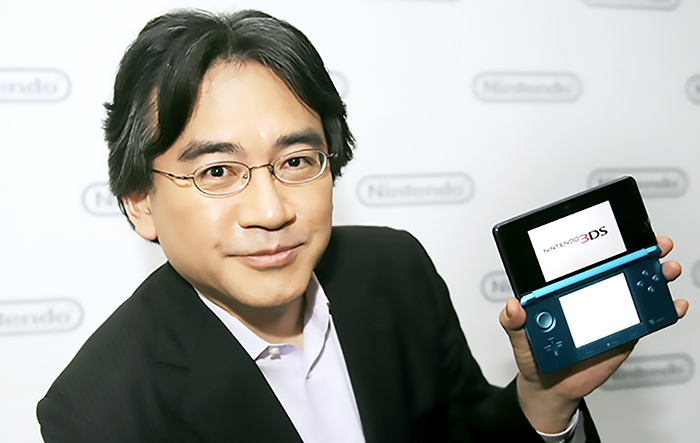 Satoru Iwata, a legend in the gaming world, died of cancer last month at the age
of 55. He helped craft classic games like Pokemon, the Kirby series, Smash Bros.—and even the cult classic Earthbound…

Game Over. The end. The final stage. You try your hardest to get that last coin… beat that last boss. Or even beat the last level. In video-games losing a life isn’t such a big deal. You just start again, or hell, grab that 1up mushroom and BAM, extra life. We could only wish that real life was this easy… But for Satoru Iwata, there wasn’t a one-up waiting for him—sad face.

Satoru was a legend in the gaming world. A real personality filled with wonder, innovation, and pure imagination that help bring us some of the most beloved video games and characters to life.

Why is he so important you ask? Well.. Satoru was a businessman of the people… we the gamers.

Starting as a game developer, then migrating to the prestige status of becoming the next President of Nintendo, he was a man who believed video games were and could be for everyone.

He helped craft such classic games like Pokemon, the Kirby series, Smash Bros. and even the cult classic Earthbound. This is, but a fraction of his gifts he left with us. Satoru was also known for his sense of humor which was stylish and quirky, charming, and always struck a chord with fans. And with us. He will always be remembered.

On a brighter note, continuing his legacy… We would like to take this time to discuss one of the consoles shrouded in cloak and dagger secrecy that he and Nintendo have been working on before his passing. The Nintendo NX. Iwata believed that the next step for Nintendo was to bring their hardcore gamers back. From Super NES to the Wii, Iwata and the company has been pushing their innovation to the forefront without hesitation, but their hardcore fan base has been migrating elsewhere to fulfill their needs. And now, it seems Nintendo might be hearing our call.

So what do we know about NX?

Here are the top 3 things that we found very… intriguing.

1.) The graphical capabilities and the games seem to be the focus considering that PS4 and Xbox One have beautiful HD graphics and a strong software lineup on all fronts. It seems that NX could finally very well show its true feathers and come out swinging with exclusives and third party support.

2.) Two of the games announced for NX are Dragon Quest X and XI. Before switching, SquareEnix released FFVI, Chrono Trigger, Mystic Quest, and many more classics making the SNES a goldmine for RPG’s and adventure games.

3.) It could be a portable OR be used as a portable gaming device…Say what!?

This, like the Nintendo 3DS could allow the player to take their gaming on the go and be able to switch between stationary and mobile when most convenient. While the Wii U offers the split screen possibility, the Nintendo NX could very well be a system that allows multiple games to simultaneously be released on both.

With these hints and clues, we can only speculate and scratch the surface of what Nintendo has up its sleeve.

But one thing is certain, They could very well be back on their A game to kick some major ass…