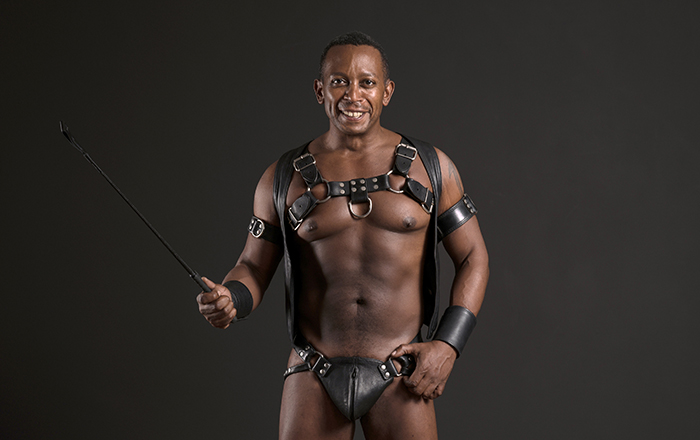 Our gay world has been developing and growing at a speed which only a few years ago would never have seemed possible. These days we live together openly, demand the same salaries, expect the same treatment in shops and businesses as everyone else, and in the USA and in some other countries around the world, we can even marry and raise families. We have finally become “normal.”

We’re so “normal” today that many of us have forgotten that until only a few decades ago homosexual men were persecuted: we were imprisoned, “medically” fixed by painful and demeaning brain operations, targeted for beatings on the streets, outlawed or even murdered. Even those of my generation, who had their “coming out” in the metropolises of the 1980s have long forgotten how we danced all night in various gay bars and clubs, but yet could still be arrested for causing a public disturbance if we kissed another guy in public or held hands walking down the street.

Many of us are simply finding our way through everyday life, doing our best not to stand out, and paving the way for our humble futures. Not because we are necessarily afraid of anti-gay backlash—which, let’s not fool ourselves, still exists—but because being like “Everyone Else” has made our homosexuality a normality. And the good thing about being like Everyone Else is that once you’ve actually made it and finally fit in, then those others who are “different” (not us, thank you very much) stand out like a sore thumb.

We are part of the big gang, and now we too can point our fingers and wrinkle our noses at “The Others,” the gay minorities. You know them! The ones who “overdo” every simple thing and then strut around flaunting it. The butch dykes, guys in wigs and dresses, or the men in leather codpieces—those who stand out because they just don’t want to fit in to Everyone Else’s normality. So when Everyone Else says “eeew, look away!”, we look away, too.

What started at the Stonewall Inn in New York on 28 June 1969 opened up the gates which within less than half a century eventually gave way to our sexual liberation and the chance to finally be like the everyone else that we had so desperately and so long wished for. But many of us either don’t know or don’t care that it was actually “The Others” who got the show rolling that night! When the police raided the bar and threatened to close it down, it was the drag queens who at first refused to cooperate, the butch dykes who started the punch-up and the guys in leather who came down the street in hordes to give support. They were the ones who finally, after thousands of years of oppression, were the first to literally hit back.

I can’t speak for either the butch dykes or the pink drag queens and don’t even want to try. I can however speak for the leather and fetish guys out there, and there are a great many of us, even some still hiding in the closet. They might live openly gay lifestyles, have that dreaded “Mom, Dad, I’m gay!” confession behind them, but haven’t yet dealt with the hurdle “Friends, I wear leather!” and the frowns that sometimes come with it. On the leather and fetish scene, we refer to it as the “second coming out,” an event which often takes place years after we’ve already made the first big confession.

This year Folsom Europe in Berlin will include the world’s first fetish classical music concert—an assortment of classical music from Brahms to Beethoven, played by an international group of professional and sexy musicians in fetish for a strict dress-code fetish audience.

Sponsored by MrB, Europe’s favorite international store for leather clothing and accessories, it will also be a charity event. After a deduction of the costs, the profits will go entirely to charitable organizations.