HOW SHE LIVES | The Fight Magazine 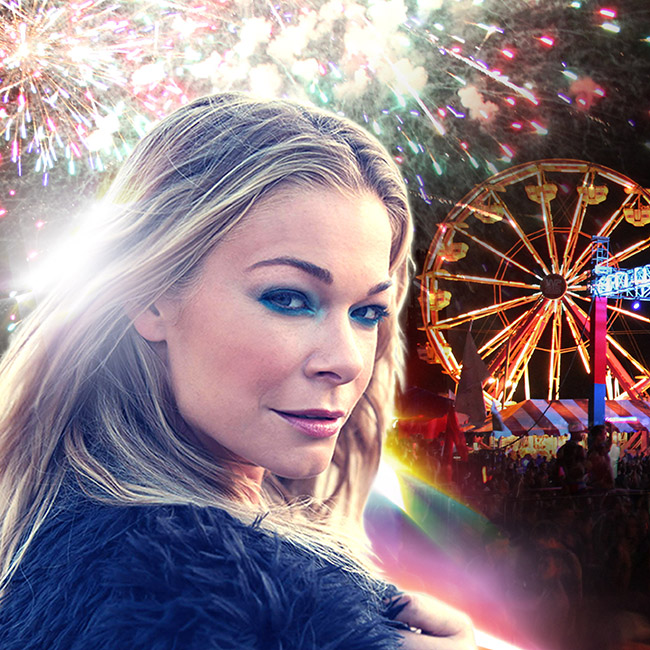 Two-time Grammy winner LeAnn Rimes, performing this month at White Party Palm Springs, on her passion for equality and acceptance of one’s self.

Already a two-time Grammy winner by the time she was 14 years old (the youngest individual artist in history to do so), LeAnn Rimes has sold 44 million records to date. In addition, she has received twelve Billboard Magazine music awards with hit songs like, “I Need You,” “Can’t Fight The Moonlight” and “How Do I Live.”

“It’s truly an honor to have a music legend like LeAnn joining us. We look forward to an absolutely magical performance,” said White Party producer Jeffrey Sanker.

In an interview with THE FIGHT Rimes talks about her passion for equality, country musicians coming out of the closet and acceptance of one’s self.

You have always been a vocal supporter of the LGBTQ community. Growing up in Texas, did you have many gay friends, or gay family members?

My uncle was gay.  He passed away from AIDS when I was young.  I was very close to him and feel our relationship drove me to be very vocal about my passion for equality.

How did your views on equality evolve? Was there a specific incident or experience that influenced you?

The bottom line is that it is the right thing to do. I strongly believe that everyone should have the right to love whomever they choose and that was something I knew very early on in life. I was luckily given a platform at a very young age to try and help promote equality for the LGBT community. The LGBT community has been some of my biggest supporters throughout my career and they have stood strong by me through thick and thin and I intend to keep on doing the same for them.

You said in an interview recently that country singer Ty Herndon texted you right before he came out publicly. Do you think that country music is becoming less homophobic?

It is such an exciting time for this country overall – I really do think we are getting to a place where most Americans agree that people should be allowed to love WHOMEVER they choose. And with established artists like Ty and Billy [Gilman] coming out, hopefully this allows fans who may not otherwise embrace the LGBTQ community to realize that the singer and songs they have always loved, are in fact still the same.

Are there any songs of yours that you feel particularly resonate with the LGBTQ community?

“What I Cannot Change” is a song [producer] Darrell [Brown] and I wrote about acceptance of one’s self; a serenity prayer of having peace with who we are and where we are in life.  It is a such a personal song for me in my life and the message seemed to resonate greatly with some of my fans. The song is one of my favorites.

Hmm…nothing? Come dance like you don’t give a f*ck!!