A Young American | The Fight Magazine 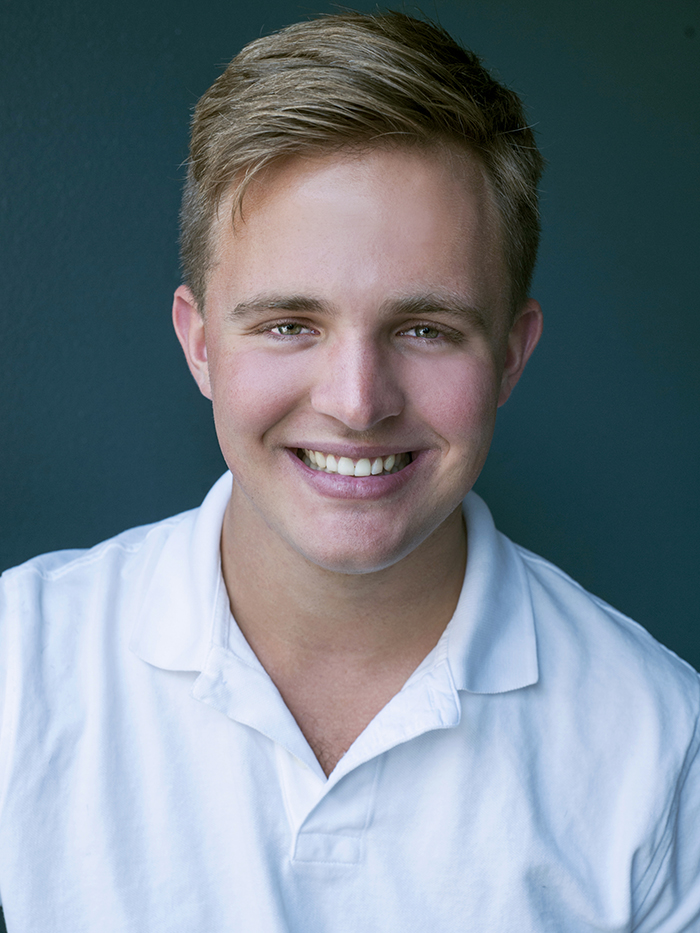 At the age of 22 James Duke Mason has garnered more political experience than many aspiring politicians twice his age.

He came out at age 14, volunteered for Hillary Clinton’s 2008 presidential campaign at age 15, served as a page in U.S. Congress at 16 and worked as a surrogate for Barack Obama’s reelection in 2012, the campaign flying him around the country to talk to youth and LGBT groups.

And just last month—Mason threw his hat into the ring to run for West Hollywood City Council in its March 2015 election.

“West Hollywood is so close to my heart in terms of the gay factor,” says Mason, (who goes by his middle name of Duke) in an interview with THE FIGHT.

“I think the issues here are so specific to me and to what I care about. Of course, I care about healthcare and immigration and the environment and lots of national issues. But this is an area where I really feel like I could make a tangible impact and have a real influence.”

Mason has lived in West Hollywood for the past four years, but throughout his childhood, he always considered West Hollywood home, even though he grew up in provincial France, near Cannes, with his parents.

His parents? His mother is Belinda Carlisle, best known as the lead singer of the Go-Go’s, the all-girl rock group that had the beat back in the 1980s with hits like “Our Lips Are Sealed,” “Vacation” and “We Got the Beat,” as well as her solo hit, “Heaven Is A Place on Earth.”

His father is Morgan Mason, who worked in public relations and later became a movie producer, best known for 1989s “Sex, Lies And Videotape.” His grandfather was actor James Mason, best remembered for films like 1954’s “A Star is Born” and 1959’s “North by Northwest.”

With all that celebrity in his background, one would expect him to go into music or try his hand at acting. While he says he can’t sing, he did score some small parts in a few films, but says he’s put acting behind him.

It’s politics that Mason is passionate about. He credits his father’s serving as Deputy Chief of Protocol and a Special Assistant to Ronald Reagan from 1981-1982 with introducing him to the idea of public service.

He cites his mother’s being rabidly anti-George W. Bush with helping him appreciate political activism and social justice.

“[Living in France] was a real crisis of identity for me because I so closely identified with LA and America,” he reveals. “For most of my childhood, I felt isolated from where I really felt like I belonged. So, being away from America played a large part on my interest in politics. It was a way to reconnect with my roots…

“I think if anything, being away from America made me more patriotic . . . Even though I did come back to America often, the way that my impression of America was built was through watching movies. As silly as it sounds, watching Arnold Schwarzenegger movies where America was this larger than life place was a huge factor. I really grew up seeing America as this incredible place where anything was possible. I still feel very idealistic and very patriotic.”

Mason’s deep understanding of political processes is evidenced by his insightful op-eds in the Huffington Post and The Advocate website, as well as his personal blog, The Daily Duke (which has been inactive since he started writing for The Advocate).

While he focused on national and international issues in his op-eds, he was mum on West Hollywood politics until early 2014 when the city removed the rainbow flag from atop City Hall (eventually replacing it with a new version of the city flag that incorporates the rainbow colors).

He took to his blog and wrote about the importance of the rainbow flag to the city’s gay population.

“The rainbow flag was a symbol of how we were losing our sense of identity or at least how we were in danger of doing that,” he says. “Even though I’d always followed West Hollywood politics, that was the thing that really convinced me to get out there and start talking publicly.”

READY TO COME OUT

Being gay also added to the isolation he felt in France. He first realized he was gay when he was seven years old, although he didn’t have a name for it at the time. It would be another five years before he connected the word “gay” to the feelings he was having, but once he did, he began researching the social and political history of the gay movement extensively.

Mason credits watching the 2002 gay romance “The Trip” with giving him the courage to come out at age 14.

“I saw [“The Trip”] by chance on television,” he recalls. “We were in LA in summer 2006. We were staying in a hotel and I clicked on the pay-for-view menu. My mom and dad were asleep in the other room. The poster had this guy wrapping his arm around another guy. I went, “Oh my God, it’s a gay movie.” I put it on and in two hours, my entire life had changed. All of a sudden, I realized I could live as a gay man, I could live honestly and openly. After that, I watched a bunch of other gay movies. I saw the movie in June. By October 2006, I was ready to come out.”

His friends at school (an international school with about 450 students of many nationalities), were surprised, but accepting to the point that he was elected student body president in his senior year.

His mother was initially shocked and worried for him, but came around quickly. His father, reveals Mason, took a bit longer to accept it.

“[My father] was never anti-gay; they had plenty of gay friends, but it was still an adjustment,” Mason says. “He had to get used to this aspect of his son that he had never even contemplated. What brought us together was watching ‘Guess Who’s Coming to Dinner’ (the 1967 movie starring Sidney Poitier as the black boyfriend brought home to meet his white girlfriend’s upper middle class parents). We watched it together. He cried. I cried. It was a bonding moment. Since then, we’ve had zero problems. He’s very supportive of my activism.”

With movies playing such a large part in his evolution, it’s only natural that Mason has been involved with Outfest, LA’s LGBT film society, where he’s been on the board of directors for the past three years.

“I was actually approached by Outfest when they were looking for someone to serve as a voice for youth and for the new generation,” he says. “The last couple years have been a time of major expansion for Outfest. We just recently merged with Newfest in New York with the intention of becoming a nationwide organization, so I’m really proud of the work we’ve done and my role in that.”

And now he’s hoping he can make a difference in the direction of West Hollywood.

In a time where West Hollywood is experiencing increasing gentrification, Mason wants to make sure the city maintains its gay identity. He feels that gay identify is especially important as West Hollywood begins its 30th anniversary celebration later this year.

“We have to start thinking about the next 30 years,” explains Mason. “I’d like to think that I’m the kind of person who would be best qualified to help reinforce our values and use those values to take us in new directions … someone young and someone who hasn’t been part of the system and part of the entrenched stuff that goes on between the City Council and the people.”

In addition to preserving the city’s gay identity, Mason wants to make sure the city’s initial core values of supporting marginalized groups are upheld. He’s also concerned about development, saying the city needs to adopt a “smart development” approach that allows new “socially responsible” buildings to go up, but also preserve the city’s historic buildings too.

Mason reveals that his partner, Shawn Mimbs, who served two years on the city’s Lesbian and Gay Advisory Board, is offering insights on how the city functions. The two met via Facebook and quickly fell in love.

“I never imagined at 19 that I would find someone who I would be together with for three years,” Mason says. “We have a lot of mutual interests and goals.”

But the two are not talking marriage yet.

“At 22, the thought of marriage is daunting. As much as I love him, I don’t think that’s on the radar now. But it’s incredible to know we can get married now. The gay movement has progressed so much in such a short amount of time.”