Between The Lines [cover feature] | The Fight Magazine 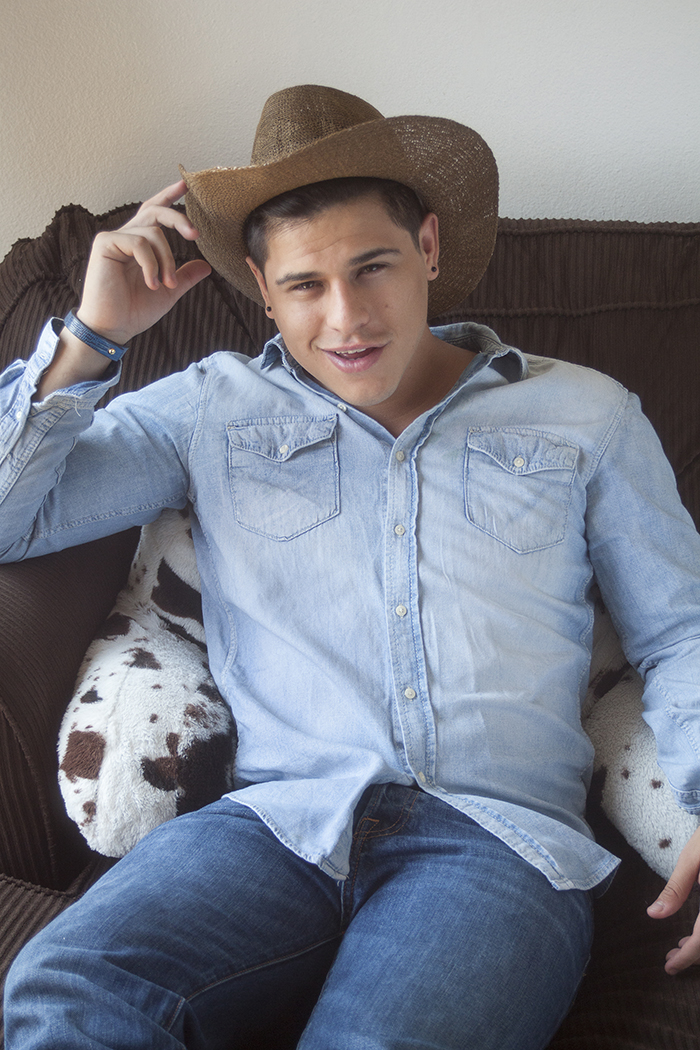 Novelist Marcelino Rosas on writing books, being taken seriously as a former model and the struggle of being a young gay Latino growing up on the rough side of town.

“My general goal in life is to make a positive contribution to the world and achieve anything and everything I set my mind to,” states emphatically local novelist Marcelino Rosas in an interview with THE FIGHT.

“Publishing two novels has been a wonderful achievement for me personally.  It’s something I’ve always wanted to do.”

Rosas’ achievements include modeling throughout Europe, Australia and the U.S.  He also had his first novel, “Afuera: A Young Latino’s Journey” published in 2013 at the ripe age of 24, and is currently set to release his second novel called “Fuerte: A Journey Continued” – a follow-up to his first novel.

“Afuera” (“Out” in Spanish) is the coming out story of young Roberto Salas, who rebels against his family traditions and Latino culture in his struggle to come to terms with being gay.  The story explores Roberto’s relationship with his abusive father, the influences of his conservative and religious family, and his survival in the homophobic world of athletics. The book follows Roberto’s life from school, to excelling in sports, to some graphic forbidden sex, with some unexpected twists and turns.

In Rosas’ second novel, “Fuerte,” Roberto’s self-discovery continues.  Here we find a more confident young man who must struggle with work and school, while he adjust to the fast pace of Los Angeles.  The sex is more intense the second go-around. There is also love on the horizon, but Roberto must stay strong (fuerte) and juggle the curve balls that life throws at him while he slips into young adulthood in a new city.

“The key message that I hope people will get from the second book is that even when you are going through a rough patch in your life, things eventually find their way to a better place. Life is rarely easy, but you gotta hang in there,” Rosas says.

Both books are written in first person, but Rosas insists that though there may be similarities between him and Roberto’s personal journeys, the story is fiction.

“It is definitely not autobiographical, even though most people who read the book think that I am Roberto, because of how it’s written,” he said. “I did get some inspiration from my life, family, and friends, which I over-dramatized for the books.  I think everyone has a bit of Roberto in them. There are some similarities.  I grew up in poverty in a very Mexican oriented city and I kind of had to fight for everything I have now and get out of that situation, but in many ways, he is different from me.  He’s a bit of a lost soul that is slowly gaining confidence after being mentally and physically beat up for years.”

Rosas grew up in Bell Gardens, a rough neighborhood in south Los Angeles.  He is the oldest of a brother and sister.  Though his parents are loving and supportive, they didn’t always understand his writing endeavors. “They didn’t consider writing a job for a while, but they’re supportive now,” he says. “To be honest, I told them not to read my book, because it’s too intense for them. There is a lot of gay sex, and there are a lot of similarities to my life, so they’re going to think what’s in the book is what I think of them.  They’re happy and proud of me.  That’s all I can ask for.”

Rosas joined Model Mayhem in 2007, where he caught the attention of several photographers, and recognition all over the world—however, youth and beauty can attach itself to the price tag of not being taken seriously as anything other than a pretty face, but people were forced to recognize otherwise after the release of his first novel.

“Writing and modeling don’t really go together,” reveals Rosas. “People are actually surprised. I have been seen a certain way for many years and I guess it’s a bit of a change for them, but after they read my books they come around to understand me a bit better.  I’m not modeling as much anymore, but yeah, people assume you’re stupid because you do shoots in front of a camera.”

“I’m a married man,” he reveals. “That’s important.  We’re going on one year of being married.  We married here in California.  It’s good. He’s supportive and a great cheerleader. I run everything by him and he’s pretty honest.  We stay active.  I’m not much of a crazy person, I don’t party or anything.  I’m kind of an old soul.”

The Spanish titles for both his novels were intentional, says Rosas.  “I had maybe over 10 different title suggestions and they were all kind of cookie cutter or boring,” he said. “I wanted my book title to be simple and to the point and to fit in with Roberto’s cultural background.”

“I feel that there is very little material on the market that other young gay Latinos are able to relate to,” he added.  “Although my books are not specifically aimed at Latinos, I feel that it covers some of the issues many young Latinos face.”

A third novel by Marcelino Rosas is in the works that will be completely different from his first two novels.  He reveals that “Fuerte: A Journey Continued,” could also conclude Roberto’s story.  “It can end there,” he said. “It can potentially have a follow up book but I might just leave it where I left it. Never say never right?”

“I’m so happy that my novels have resonated so well with readers,” Rosas says. “People write to me about their coming out and how the book affected them, and they thank me for sharing Roberto’s story.”

“Afuera: A Young Latino’s Journey” can be purchased at amazon.com or wherever books are sold.  “Fuerte: A journey Continued” is slated for a release date in late August. For more on Marcelino visit: goodreads.com/author/show/6960905.Marcelino_Rosas