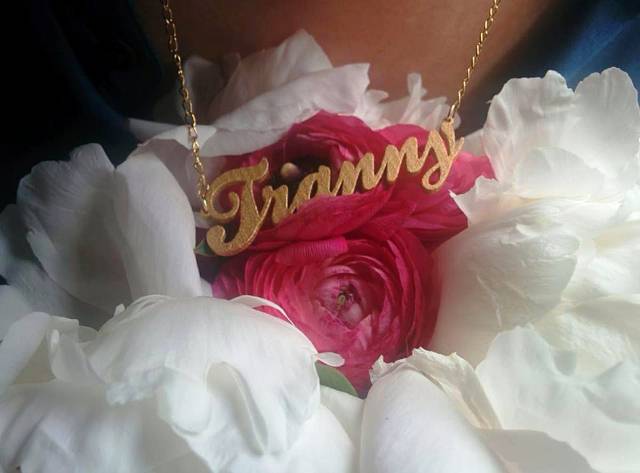 SF-based drag queen Heklina (a.k.a. Stefan Grygelko) recently announced that she will be removing the word “tranny” from drag club Trannyshack, after operating under the name for 18-years, and taking the event on the road around the country and around the globe. Trannyshack has been “rebranded’ to the new name T-Shack–some say–to appease trans activists who have been very vocal about the conflicting use of the word “tranny,” which can be used to degrade trans people, but can also be used as a term of endearment among drag queens and gay men.

Trans American singer-songwriter and avant garde performance artist Justin Vivian Bond posted an open letter on her Facebook page in response to the Trannyshack name-change, the recent controversies around language issues in RuPaul’s Drag Race show, and she addresses what she perceives as harassment by a language police in the trans community who are on a “shame-based agenda.” 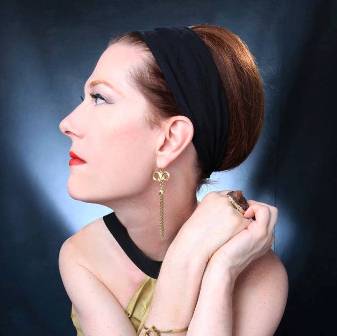 A Missive to My Community:

I’m writing this because I want to be very clear on where I come down on the recent controversies around the language issues with regards to our trans-narratives. I’ve been an advocate for finding new, inclusive, thoughtful and evolved language for those of us in the trans and gender non-conforming communities for some time now. Therefore I feel personally compelled to weigh in on these latest dramas that are really annoying the shit out of me.

In my opinion there is ABSOLUTELY nothing wrong with Heklina changing the name of Trannyshack in an effort to “rebrand” her legendarily inclusive, irreverent celebration of Queer fabulousness. But keep in mind that the reason she has “evolved” is because she’s been forced to due to harassment from a group of people who have decided that instead of learning from our queer history of re-appropriating, owning, and disempowering words that ACCURATELY DESCRIBE WHO AND WHAT WE ARE -instead of taking those words that are sometimes used to hurt us by those who WILL HATE US NO MATTER WHAT and making them a part of what makes us wonderful, a small group of vocal “queers” has decided it’s better pursue a shame-based agenda. Therefore, it seems, Heklina has decided it’s easier to “rebrand” her party to avoid any more grief. That’s her decision and I applaud her for doing what she feels she needs to do. It still makes me sad.

I also think there was nothing wrong with the whimsical “Female or Shemale” game played on RuPaul’s Drag Race -especially because the contestants couldn’t even tell the difference. Hello! That’s revolutionary!!! Not to mention the amazing talent displayed later in the episode by the transgender artists on the show which has now been pulled from the air.

So. In lieu of standing up to the haters who seek to diminish us and our accomplishments and standing UNITED IN PRIDE IN OUR DIVERSITY these thoughtless “word police” instead go on the attack and achieve easy victories by harassing, silencing and shaming members of their own community and the allies who are thoughtful and sensitive enough to the reasons and feelings behind their anger that they are willing to listen and -as usual, blame themselves and make the changes because it’s just EASIER to “evolve” back into silent, bullied shame. What they fail to recognize is that by banishing the use of the word TRANNY they will not be getting rid of the transphobia of those who use it in a negative way. What it does do is steal a joyous and hard-won identity from those of us who are and have been perfectly comfortable, if not delighted to BE TRANNIES, but the fact is WE ARE NOT GOING AWAY. In case you didn’t know it WE’RE TOUGH! A reality check, if people think you are a tranny it’s because you are perceived as one. OWN IT! If they think that’s a bad thing then THEY ARE STUPID! If you don’t wish to own that word or any other word used to describe you other than “male” or “female” then I hope you are privileged enough to have been born with an appearance that will allow you to disappear into the passing world or that you or your generous, supportive family are able to afford the procedures which will make it possible for you to pass within the gender binary system you are catering your demands to. If you’re capable of doing that then GO ON AND DISAPPEAR INTO THE PASSING WORLD! Otherwise quit using your big, privileged -yet ignorant- mouths to make the words used to describe who we are a shameful thing. It is not shameful to be a tranny, a she-male, or any other word used to desctibe a gender variant individual. It’s shameful to harass people for being comfortable with who they are and the words they choose to use to describe themselves when you aren’t.

That is my opinion on this ridicuous subject. As you can tell I’m angered by this trifling bullshit. We should be working on unifying our community and getting ourselves basic protections under the law. If everyone who is expending so much time and energy harassing their sisters about this word would harass their elected officials with the same amount of verve and fervor we’d be on the way to a much more trans-inclusive society.

These words were written in love and anger.
Mx Bond