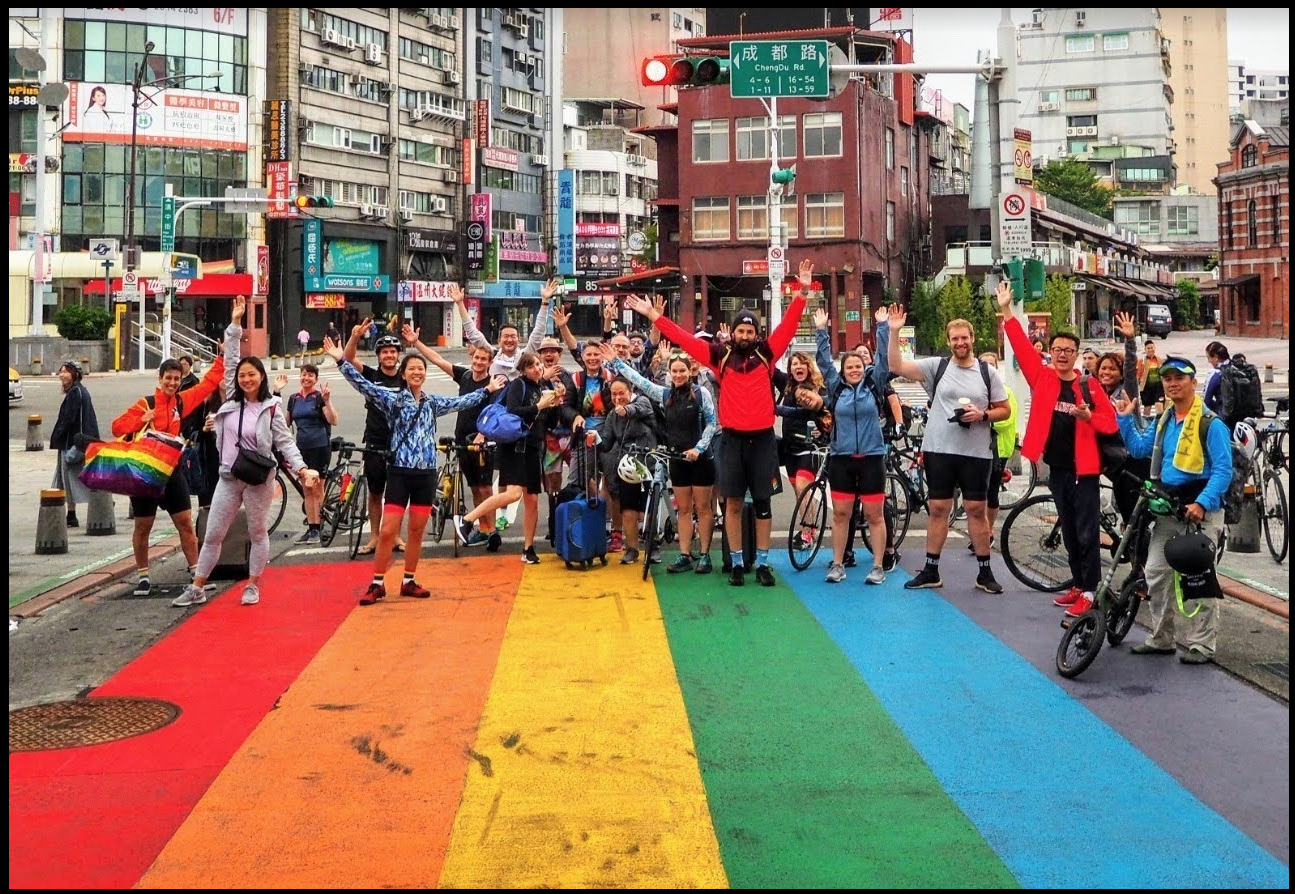 During its Pride month, Taiwan launched the first-ever ASIA Rainbow Ride, a two-day charity bike ride for the LGBT community in Asia on October 24–25, in which cyclists journeyed 130 km (approximately 81 miles) through the country’s northern coast.

Since passing same-sex marriage in 2019, Taiwan has led the forefront in Asia as a model for equality and diversity although same-sex activity is currently outlawed in more than 20 Asian countries. Taiwan, which hosts the largest Pride event in Asia, is known as a cycling hub because it is the world’s leader in bike manufacturing and design.

“Earlier this year, I cycled around the island of Taiwan. It reminded me of my experience cycling across California for the AIDS/LifeCycle, which brings together thousands of LGBT supporters each year,” said ASIA Rainbow Ride Co-Founder Lisa Dazols. “Not only is Taiwan a world-class bicycling destination, it is the safe haven for LGBT people in Asia. So, I had the idea to start a bike ride here in Taiwan that could bring together people who want to ensure the freedom to love in Asia.”

Nearly three dozen cyclists gathered at Ximen’s historic Red House on Saturday morning (October 24) for the Opening Ceremonies before traveling to Fulong to begin their route. They stayed overnight at a hot springs hotel in Jinshan District and watched a film by Taiwan Gay Sports. The next day (October 25), they cycled back to Ximen—considered the heart of the local LGBT community—for a Closing Ceremonies party at Mudan bar.

Ride Co-Founder Eve Teo said: “Thanks to Taiwan’s successful prevention of COVID, this event is made possible in 2020. We’re so fortunate to be one of the few cycling and Pride events around the world.”

“I’m touched by the community along the ride. People are encouraged to be themselves and have fun,” said ride participant Jay Lin. “We’re a diverse group…a mix of LGBT people, allies, local Taiwanese, and foreign residents. The cycling distance is a challenge, but the energy of the group pushes you.”

Sponsors of ASIA Rainbow Ride are Gilead Sciences, Adapted Energy, and Light Program Red House. As a major sponsor of AIDS/LifeCycle in California, Gilead Sciences has long been aligned with communities to fight for equality and sees ASIA Rainbow Ride as an expansion of its efforts to support the LGBT community worldwide. The Ride’s official bicycle tour company is Taiwan Bike Tour.

Organizers of ASIA Rainbow Ride plan to extend the ride next year to four days with the hope that the ride will be extended to an eight-day journey by 2022 circumnavigating 910 kilometers (approximately 565 miles) around Taiwan. To encourage new riders, organizers will host monthly social rides in Taipei.

“We’re so happy to support the growth of ASIA Rainbow Ride in Taiwan,” said AIDS/LifeCycle Director Tracy Evans. “I know that the international LGBT community will love to join in this yearly event once world travel is possible again. Events like these bring our world together and promote the love and light of our community.”