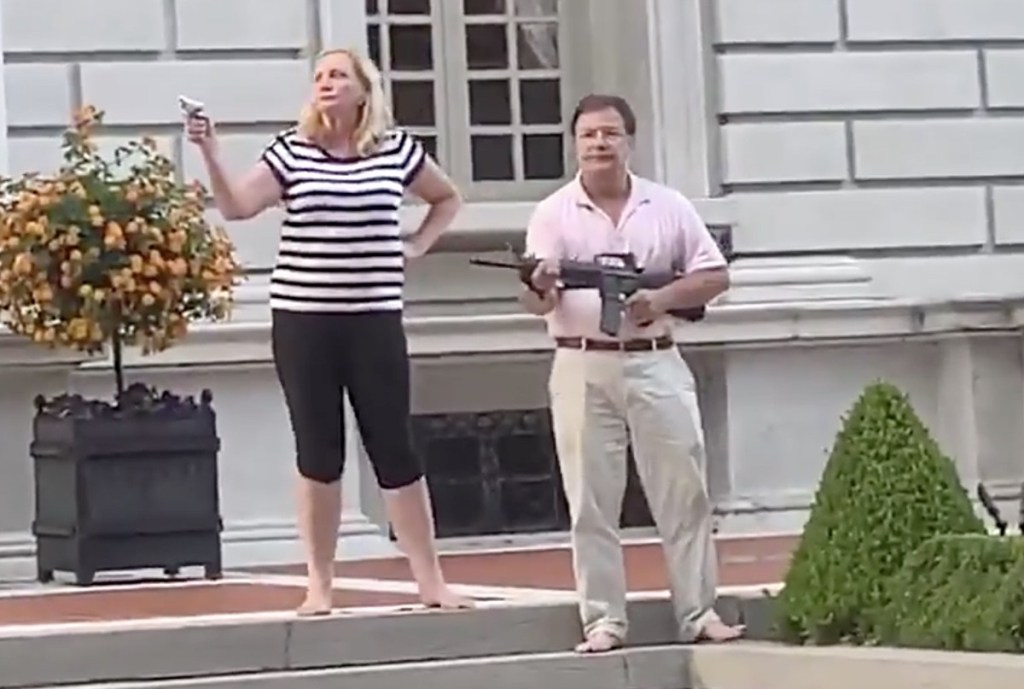 The McCloskeys sued Portland Place’s trustees, demanding that they enforce neighborhood rules known as the Trust Agreement, including one that prohibited unmarried people from living together. The couple unsuccessfully appealed the case all the way to the state Supreme Court.

“Several neighbors said it was because the McCloskeys didn’t want gay couples living on the block,” the St. Louis Post-Dispatch reported.