Dr. Fauci On Larry Kramer: “I Loved The Guy.” WATCH! | The Fight Magazine 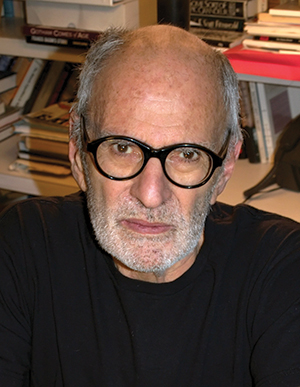 Dr. Anthony Fauci on Wednesday credited playwright and AIDS activist Larry Kramer for “totally” changing the relationship between communities afflicted with a disease and the scientific and regulatory bodies whose work affects them.

“He was a firebrand. He had extraordinary courage to speak out and challenge the system,” Fauci said of Kramer, who died on Wednesday at the age of 84 from pneumonia. Fauci recalled that in the early years of the HIV/AIDS crisis, Kramer saw him, a government official, as an adversary.

“He attacked me, he called me a murderer, he called me an incompetent idiot, I mean publicly,” Fauci recalled. But Fauci said that Kramer convinced him that “the establishment” needed to listen to his perspective, and they gradually became friends who watched amazing breakthroughs in AIDS treatments that saved lives.

“It turned out I loved the guy, and I think he loved me back,” Fauci said, adding that they became “old guys together, looking back in history and realizing what an amazing journey we had been through together.”