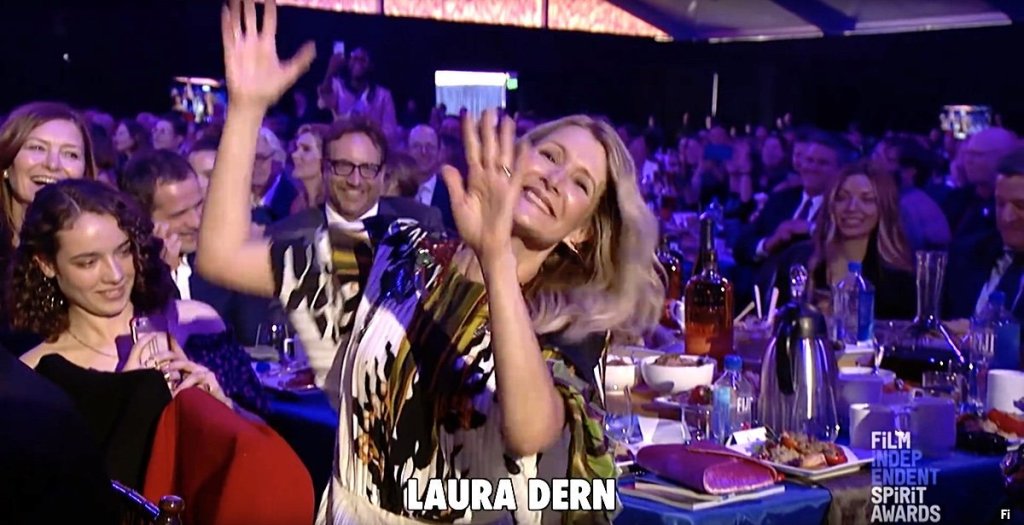 At Saturday’s Film Independent Spirit Awards, the Gay Men’s Chorus of Los Angeles and Alex Newell (Glee, Zoey’s Extraordinary Playlist) arrived with a performance intended to “shine a spotlight on the gayest moments in films that you may not have realized were gay,” reports Towleroad.

Little did Laura Dern know, but she was about to get the best award of the night.