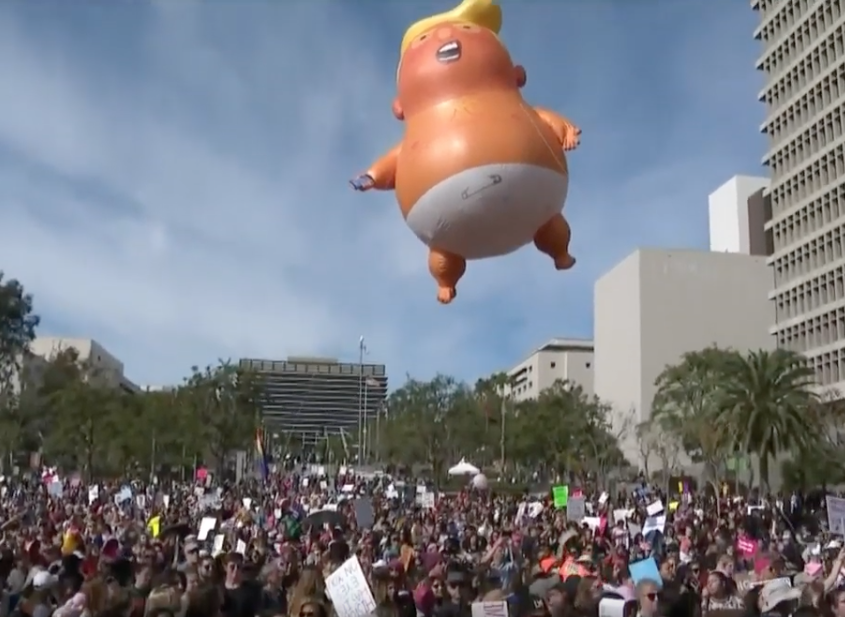 Participants gathered at 9am at Pershing Square, where the march to City Hall began at 10am.

Jennifer Siebel Newsom, the wife of California Gov. Gavin Newsom, was the first speaker, telling the crowd “As California goes, so will go the country.”

“Vote blue, no matter who, down the ballot, too,” chanted actor Lisa Ann Walter.

“This is my first women’s march and I’m so happy to be on this team,” transgender rights activist Caitlyn Jenner said. “Together, we can save the soul of this nation.”