WHOA! Pope Compares Politicians Who Rage Against Gays To Hitler | The Fight Magazine 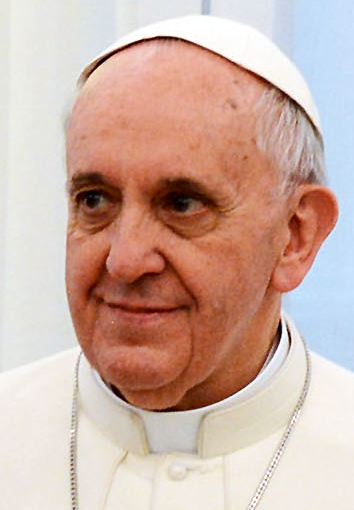 Pope Francis said on Friday politicians who rage against homosexuals, gypsies and Jews remind him of Hitler, reports Reuters.

“It is not coincidental that at times there is a resurgence of symbols typical of Nazism,” Francis said in an address to participants of an international conference on criminal law.

“And I must confess to you that when I hear a speech (by) someone responsible for order or for a government, I think of speeches by Hitler in 1934, 1936,” he said, departing from his prepared address.

“With the persecution of Jews, gypsies, and people with homosexual tendencies, today these actions are typical (and) represent ‘par excellence’ a culture of waste and hate. That is what was done in those days and today it is happening again.”