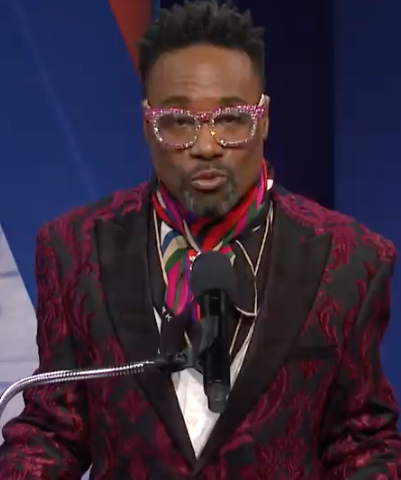 Billy Porter of Pose appeared as himself alongside SNL cast member Alex Moffat (who portrayed moderator Anderson Cooper) in order to introduce each candidate as if they were competing in a drag ball, reports Vox.

An audience member asked Colin Jost’s Pete Buttigieg, “How do you respond to people who say you’re not gay in the right way?”