Deep Breath: Trump Says He Will Cure AIDS If Reelected | The Fight Magazine 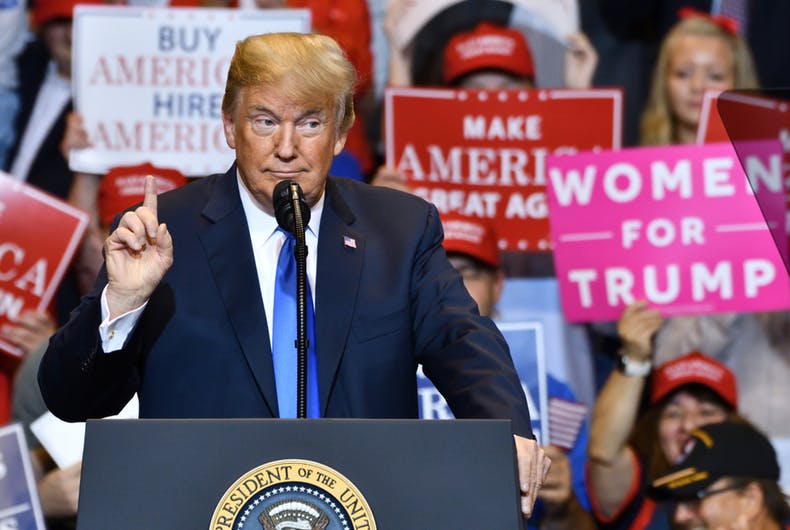 At last night’s rally in Cincinnati, President Trump claimed that if he is reelected, he will cure AIDS and childhood cancer “very shortly,” reports Bil Browning for LGBTQ Nation.

His gullible supporters cheered after Trump told them, “The things we’re doing in our country today, there’s never been anything like it. We will be ending the AIDS epidemic shortly in America, and curing childhood cancer very shortly.”

In reality, Trump has slashed funding for HIV and AIDS research and, in some cases, stopped ongoing research on a cure altogether at the bidding of the religious right.