A Sense Of Belonging | The Fight Magazine 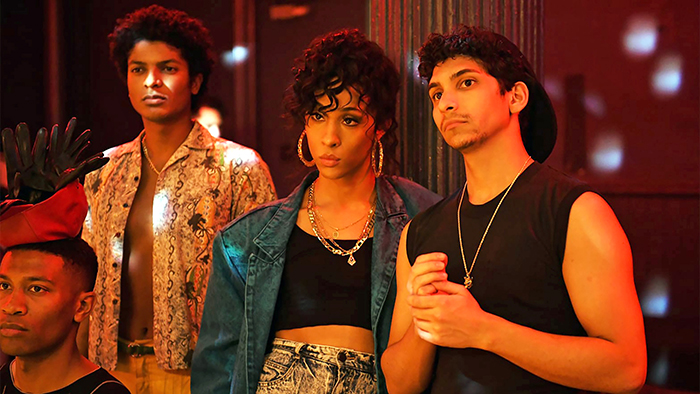 As Pride Season begins, I would like to highlight the need for sincere and true connection between members of our community.

I recently completed the first season of Pose [the second season premieres on FX on June 11]. Thank you Netflix! (Praise dance!) I know I’m hella late, but, cable just happens not to suit a brotha’s budget!

Queer ball house culture is something irreplaceable and invaluable. Pray Tell (Billy Porter), says something I found prolific in the first episode to Blanca (Mj Rodriguez) and the rest of the fledgling House of Evangelista. “You want a reason to keep going on after tonight?” pointing to a young Papi (Angel Bismark Curiel) who came seeking induction to their house, “There it go right there. Houses are homes to little boys and girls who never had one, and they keep coming every day just as sure as the sun rises.”

Families, especially those of color, were notorious for throwing their children out if they were suspected of being queer or if they came out to their parents. In the late 1980s, there was the added stigma of the then newly discovered HIV/AIDS crisis. Loss was rampant and pain was like a permanent shroud draped over the LGBTQ community. Out of this struggle, those Houses created a haven of love, structure, protection, and acceptance. Those houses were families, a legacy that lives on.

Our people are besieged and we must save ourselves. No one is coming to save us. We must become that protection and stand in real solidarity with our own community.

For queer children, the security that comes with unconditional love, acceptance, and support is severely negatively impacted when birth parents, educators and the immediate community refuse to accept them, and instead choose to ostracize and trivialize them.

I read headline after breaking headline about children, some as young as 5, who after insurmountable torment from peers and sometimes educators and parents alike, decide to take their own lives as a preference to a continued existence of being tormented merely for being who they are.

I see article after article of trans women and men, most of who are black and brown, brutally and grotesquely murdered or who die by suicide because the burden of life while queer or trans was too unbearable posted all over social media.

Loss is rampant and pain seems like a permanent shroud draped over the community. But this time, out of this struggle, what are we building? What lasting human structures are we building to secure resources, to provide real love and community for ourselves?

When you factor race and culture into orientation and/or gender identity, the impact of trauma in the childhood home is multiplied exponentially. In my experience, it was especially isolating. The effect of growing up in a heavily evangelical family is that you grow to mistrust yourself on a fundamental level. For evangelicals, anything that makes you (sin) is a result of your human failure to be “devoted enough” to the Christian god. I learned to associate my actual nature as being at odds with god. If this god was all that is good and holy, and yet my very nature at default was at odds with god, then it followed to me that my very nature must be evil, something to be despised and destroyed.

I struggled for a long time after undoing my faith in the Christian god. Because that premise was the foundation to all I had come to understand. I struggled to understand myself outside the confines of that belief structure, to understand the world, to understand how to relate to people. There are elements of that are still under construction for me.

The most valuable thing that the queer ball house culture gave young queer kids is guidance and a sense of belonging. Young people are already going through a difficult enough time trying to navigate the world, finding themselves truly solely responsible for their own actions. Learning to navigate the world is especially difficult if you are navigating alone. The importance of mentors who bring clarity and provide a voice of reason, a skill developed by experience, is paramount to the success of queer teens and young adults.

Our people are besieged and we must save ourselves. No one is coming to save us. We must become that protection and stand in real solidarity with our own community.