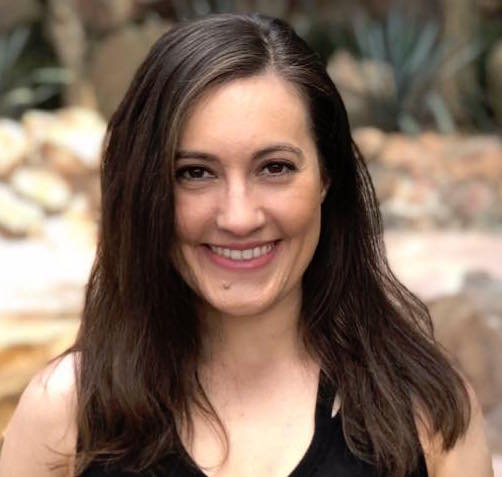 An interview with Jennifer Schuster, the new President of Folsom Street Event’s board of directors.

Congratulations Jennifer on your new position! First question – when and why did you start getting involved in LGBTQ issues?

Although I grew up in Northern California, my hometown struggled with supporting LGBTQ+ rights. In fifth grade, parents objected to a school play featuring LGBTQ-identified characters and an anti-bullying message. In my high school literature classes, we read Virginia Woolf, Oscar Wilde, Willa Cather, and Walt Whitman — but never discussed the themes of gender and sexuality that appeared in their work. I couldn’t understand why. When I was a high school freshmen, a senior I looked up to in student government class made the front page of the local newspaper when he became the first student to invite his boyfriend to prom. I was so moved by his bravery that I clipped out the article and saved it. I was also in high school when Gavin Newsom, then the Mayor of San Francisco, legalized marriage equality. Inspired by his leadership, I signed up for the AIDS Walk where he was a keynote speaker. I continued my involvement in college, where I minored in Women’s and Gender Studies and served as Co-Chair of our LGBTQ+ student group.

How did you end up with the Folsom team?

I used to work at the AIDS Legal Referral Panel (ALRP), where I served as Volunteer Coordinator. It was my job to recruit volunteers — both attorney volunteers who could take on pro bono legal cases, as well as event volunteers who could help us raise money in exchange for their time. I recruited volunteers for many different events, including Folsom fairs and parties. I always looked forward to Up Your Alley and Folsom Street Fair because the fairgoers were friendly and generous, and our volunteers were treated so well. During one of the Folsom Check Ceremonies where ALRP received their check, the Folsom Board Member in charge of the Volunteers Department pulled me aside. He explained, “Jennifer, I don’t know if you realize this, but you recruited more volunteers than any other nonprofit this year.” I was shocked — I had no idea. He continued, “In fact, you recruited more volunteers than anyone else in the history of Folsom. You earned the biggest check for your nonprofit that we’ve ever given out.” When I confessed that I was about to leave ALRP for another job, he invited me join the Board and serve in the Volunteers Department.

How has your view of fetish and kink evolved since joining Folsom?

I’ve always been a supporter of sex-positivity, pleasure, communication, and consent. Back in college, I even helped bring a Japanese rope-tying instructor to campus. It was the most well-attended event our LGBTQ+ student group organized that year — standing room only!

… I think it is more important than ever that Folsom is able to provide and protect safe, inclusive spaces where leather and fetish enthusiasts can meet, learn, express themselves, and build community. My belief in the importance of consent has also deepened. This past year, Folsom launched a campaign to increase education and change norms around getting and giving consent. Attendees should ask before touching or photographing others, seek out a clearly affirmative response, and respect “no” as an answer. Our fair and party-goers should feel safe and respected at our events — that’s non-negotiable.

How do you see the future of Folsom?

As a new President, I’m focusing on listening, gathering input, and working collaboratively to shape Folsom’s future. Not everyone is aware of Folsom’s origins — the very first Folsom Street Fair, known as “Megahood,” was founded in 1984 by a diverse coalition in SOMA in response to urban renewal and redevelopment. The leather and fetish community continues to be diverse, and I want to stay true to the spirit of “Megahood” by focusing on inclusion and building relationships. It’s important to be intentional about making all members of the community feel welcome and safe at our events. Our commitment to creating and protecting inclusive spaces and events for LGBTQ+ and leather/fetish folks makes Folsom truly “a San Francisco original,” and I want to sustain Folsom Street Fair, Up Your Alley, and our parties for many years to come.

Did you know that Folsom Street Events is actually a non-profit? That all of our fairs and parties are run by a dedicated three-person staff, hard-working Board, and nearly 1,000 volunteers? That we donate over $300,000 to local charities each year? In 2019, I want to get the word out about our fundraising and giving. When attendees donate at the fair gates, purchase a beverage, or buy a party ticket, those proceeds go to our non-profit beneficiaries and beverage partners. This past year, we partnered with non-profits such as Positive Resource Center, Berkeley Free Clinic, LGBT Asylum Project, GAPA Foundation, and St. James Infirmary. There are many ways to support Folsom Street Events, including volunteering, attending our Beer Busts, or shopping in our online store (have you seen our new t-shirt design?). If you missed donating at the fairs, you can go to our website and donate at any level — from the $10 “curious” level, to the $50 “pup” level, all the way to the $250 “daddy” level.