The Joy Of Being Queer | The Fight Magazine 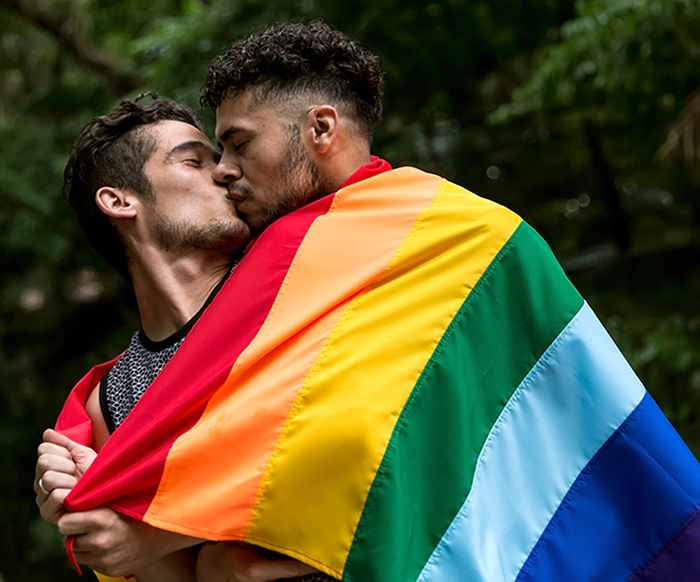 To define LGBTQ lives solely by our hardships is to be blind to the joys and advantages of queerness.

I don’t think being gay is a choice. But if it were, I’d choose it.

Messaging about LGBTQ people has evolved a lot in the past 15 years. About thirty ballot measures, a SCOTUS case or two, and fifty celebrity comings-out ago, there was a short-lived campaign message in response to a ballot measure to outlaw marriage equality in some state. It went something like this: “Why would anyone choose to be gay?”

The obviously-heterosexual yet well-meaning campaign marketing wonk that I imagine created this message meant well. S/he was trying to express that sexual orientation can’t be a choice because nobody would choose to experience anti-gay violence and discrimination. That nobody would choose the hardships associated with being LGBTQ.

The thing is, I think a lot of heterosexuals are so horrified by the idea of experiencing social hardships that they can’t see how satisfying being queer can be. Heterosexual Marketing Wonk was partially correct: part of being LGBTQ means being an outsider. Part of the outsider experience includes being mistreated, discriminated against, and ignored. It’s because we’re a minority: we vary from the norm and there are fewer of us. But to define LGBTQ lives solely by our hardships is to be blind to the joys and advantages of queerness.

Let me explain, because there are a bunch of reasons why living outside of the heterosexual norm is awesome. First of all, there’s the sex. I can’t speak for women’s experiences, but for men who have sex with men, the absence of women allows us to explore and push the limits of our sexualities. In addition, physically and emotionally experiencing sex as a man definitely gives us insights into, and makes us better at, having sex with men. But it’s even more than that. Being gay activates me to explore and expand my desires. I love how, compared to most of my straight friends, my sex life is adventurous and kinky, but compared to most of my gay friends, it’s tame and even a little prudish.

Being queer is so much more than sex. For example, being an outsider means I get to opt out of societal expectations that don’t serve me. It helps me follow my own path.”

Of course, being queer is so much more than sex. For example, being an outsider means I get to opt out of societal expectations that don’t serve me. It helps me follow my own path. For example, I fought for marriage equality for the better part of two decades because it was the right thing to do and because marriage can be a great thing for some people. But my queer experience taught me that marriage and monogamy aren’t the right fit for me. It’s not just the sex: I embrace the complicated webs of relationships that connect me with other men. I learned that I can love more than one person at the same time. It’s like I added another dimension to my heart. While it’s possible for heterosexuals to examine institutions, the pull of mainstream culture is incredibly strong. Most humans find it hard to question the status quo unless the status quo isn’t an option.

Being outsiders puts LGBTQ people in a position to critique norms. I’d love to write a book called, I Was A Sissy Elementary School Kid. I wore a bow tie non-ironically. I was gentle and sensitive. I didn’t like playing outside because it got my clothes dirty. I identified with female superheroes as much as I did bespectacled nerd boy cartoon characters. I rehearsed show tunes—I kid you not—with the girls on the playground at recess instead of playing football and soccer with the boys. I was bulled and ostracized because I didn’t act the way that boys were supposed to act.

Years later, part of coming out felt like embracing my inner sissy 5th grader. I could own my sissyness because nobody could use it is as a weapon against me any longer. What were they going to do, accuse me of being gay? But it was more than that. Loving my authentic self led me to conclusions about gender roles in our society. Why do we have these rules about how boys should and shouldn’t act? What negative effects occur when boys and men feel pressure to appear strong and emotionless? How might I help my male friends—heterosexual or otherwise—to break out of these rigid roles and expand our common understanding about what it means to be a man? My outsider status helped me think about these issues and take steps to change society.

Further, being outsiders has led LGBTQ people to develop our own subcultures. We create distinct and groundbreaking art, music, literature, drama, theory, and scientific advances. Have you ever wondered why so many important historical figures would be called lesbian, gay, bisexual, or trans today? I think it’s because their outsider status helped them see the world in a different way.

Being queer also made me a better person. Experiencing homophobia from an early age made me more attuned to other forms of discrimination and disenfranchisement. I’ll never truly understand what it feels like to be a woman, or person of color, or a trans person, or a person with a disability, but my queer life has enabled me to have empathy for people who experience bias and ignorance because they’re different.

Being queer has filled my life with extraordinary people. I’ve met countless inspiring baby-boomer era gay men who survived the plague of AIDS and lived to tell the story. I’ve met countless dykes who redefined what it means to be a woman and who fought diligently and effectively for civil rights and to protect our environment. My transgender and gender nonconforming friends continue to inspire me by the way they persevere against daily injustices and make tough decisions in order to live their lives authentically. My LGBTQ community is filled with people who rose—and continue to rise—to the occasion, and my life is so much fuller because of it.

Why would anyone choose to be LGBTQ? Because the sex is great. Because we don’t have to waste time caged in institutions that don’t serve us. Because it provides us a special perspective on mainstream culture. Because it can make us more empathetic. Because being part of LGBTQ cultures is inspiring.