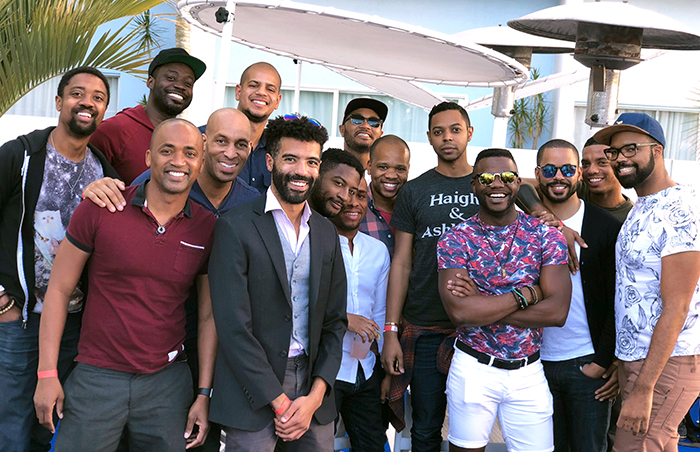 Not just a meal but a flourishing force in Hollywood.

Coffee dates will get you far in Hollywood. Those connections elevate who you know and who knows you. For gay men of color in Tinseltown there’s a specific appointment you do not miss: Black Gay Brunch (BGB).

BGB is an exclusive social circle serving up more than just eggs, bacon and mimosas, but rather empowerment, brotherhood and opportunity.

Ranard Caldwell, 35, knows the power of BGB first hand. “Being an individual who was new to LA and new to professional spaces of entertainment, BGB allowed me to access and foster relationships.”

Three years ago before moving to Los Angeles, Caldwell was working in New York as an executive consultant for large firms and corporations—making more than $150,000 a year. But his work left him unfulfilled.

Unfortunately, a lot of Black gay men who work in entertainment still struggle with coming out. So I’m just really proud that there’s a place where other men like me, who are openly gay, who are proud to be gay, who are trying to change the industry, are able to make their mark.”

Through advice from his Morehouse college buddy, producer Ben Cory Jones, Caldwell took a leap of faith to explore his creative interests—pursuing a career in television and film. “To walk away from consulting took a lot of courage.”

Raised in Toledo, Ohio by a traditional middle class family, that courage to break free meant Caldwell had to confront his sexual identity, as well as, abandon the façade of his serious, guarded and conservative image. “I wanted to be my full self personally, but also professionally. “I said to myself why are you fighting this?”

Once in LA, in an effort to pursue his passions, Caldwell still struggled to move past the imaginary walls he’d built around his persona—causing him to feel deeply broken, vulnerable, and insecure. “I was in a dark place.”

But part of his breakthrough from it all came after a personal invitation from Jones to attend BGB.

“Once I connected with that group, I was able to get the guidance I needed. BGB was a perfect opportunity to fully embrace myself and understand how to navigate the industry as my full self. And understand the power of men who are similar to you.”

In June 2013, Jones, the founder of BGB, strategically set out to break new territory in Hollywood and create a social network for Black gay men in various parts of the entertainment. For the inaugural event, he invited 12 men to meet and break bread at the Rockwell on North Vermont Ave. The brunch was a success. Five years later, Jones says BGB is a full-fledged organization with 80 members that hosts speaker series, expert power panels, networking events and opportunities for community service every six weeks. 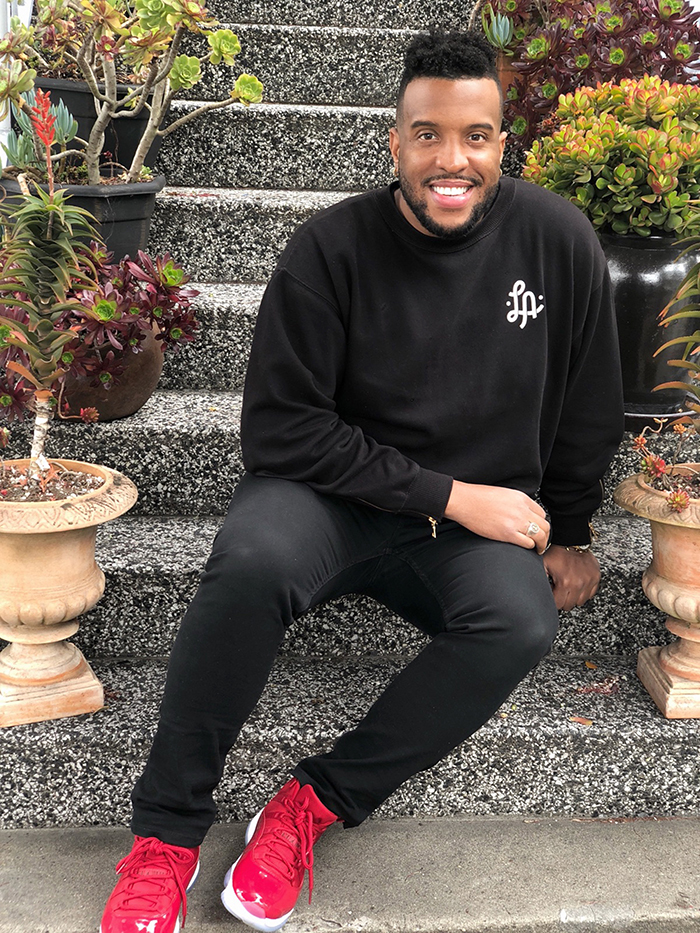 “Unfortunately, a lot of Black gay men who work in entertainment still struggle with coming out. So I’m just really proud that there’s a place where other men like me, who are openly gay, who are proud to be gay, who are trying to change the industry, are able to make their mark,” Jones stated, who is a producer on season three of HBO’s successful series Insecure, and Netflix’s Step Sisters.

BGB’s director Cameron Johnson describes the group as a collective force that bolsters its resources to help members either land roles, job opportunities or even create jobs. Seasoned members provide script critiques and mentorship to aspiring artists.  “Together we can have an influence on entertainment,” Johnson said. “We can help grow each other’s careers.”

Caldwell’s career grew immediately. Through his BGB network, he was introduced to several writers and producers, including award-winning screenwriter, Lena Waithe, who made history last year for her Emmy win with Netflix’s Master of None. Caldwell became one of her executive mentees.

“I know there is no way I could have sealed that deal without BGB,” said Caldwell. “I think there’s something attractive about coming into yourself, and I think that’s one of the base tenants of BGB is to help individuals to come into themselves.”

A brunch that reinforces a culture of reaching back while creating an atmosphere of pride in one’s identity and community. Sounds like a recipe for success.