Where Do We Go From Here? | The Fight Magazine 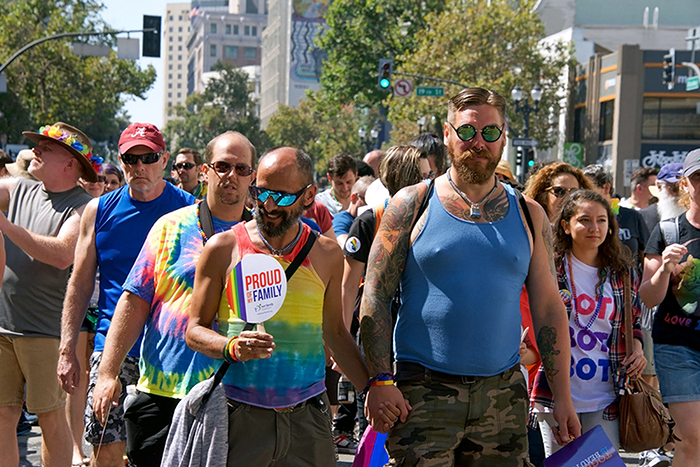 We must make a distinction between the parts of LGBTQ culture that the mainstream hasadopted versus the parts that are still our own.

Lesbian, gay, bi, trans and queer people are extraordinary. We have overcome great adversity by being tenacious and joyful, fierce and loving, smart and revolutionary. While our fight for equality is far from over, we have to remember that politics is the strategy and culture is the goal. We’ve gained a lot from our civil rights battles, but we can’t forget what we’ve been fighting for.

Being LGBTQ in the 20th century was rough. Violence against us was commonplace and socially acceptable. Laws prohibited us from having sex, regulated how we expressed gender, and failed to respect our relationships. However, some queers experienced freedom and community in underground collectives. Drag shows, motorcycle clubs, and the butch/femme scene are examples of queer-created cultural institutions that supported and inspired LGBTQ people. Freedom rang in these private spaces, hidden from the public gaze.

What would the pioneering bears of the 1990s say if we told them that the muscle bears think they’re better than the chubby bears?  How do transgender bears feel when a website or event’s tagline is some version of “Bears = Real Men”?

The intense entwinement of LGBTQ culture and politics began in the late 1960s, when riots at the Black Cat Tavern in LA and at the Stonewall Inn in NYC gave birth to new activist groups and the first gay pride marches. From then until the 2010s, the LGBTQ political movement gained ground at a rate not previously seen by other civil rights movements. We forced America to deal with the AIDS epidemic. We legalized gay sex. We made family law inclusive of diverse families. We opened up the military. We made marriage equality the law of the land.

So where do we go from here? Like our mainstream world, LGBTQ culture continues to split and re-split into micro-communities. This is assisted in part by technology: never before has it been so easy to self-curate, to identify a narrow swath of interests or kinks or aspirations and dive in. As my friend Ian likes to say, “There’s a Tumblr for everything.” It might feel scary to see these divisions thrive, but don’t forget: there are a lot more of us now than there were in 1950.

But technology isn’t the only reason. Like many social justice movements, LGBTQ politics has been defined to a great extent by our shared oppression and our efforts to end it. When you lift out that common thread, our various subcultures are more different than they are similar. The drag balls, motorcycle clubs and lesbian bars of yore weren’t coordinating with each other toward some larger goal. They grew organically out of local queer desires and ideas.

We must make a distinction between the parts of LGBTQ culture that the mainstream has adopted versus the parts that are still our own. The success of RuPaul’s Drag Race is undoubtedly a win for queer culture. It demystifies drag queens and celebrates the “charisma, uniqueness, nerve and talent” they personify. But the fact that a zillion people can quote every zinger from every queen on TV doesn’t mean they have a deep knowledge of drag culture, or that they know much about the fore-mothers of drag beyond RuPaul, or that they understand why queers do drag.

We need to continue to question mainstream culture. The larger cultural norms and conventions that have developed over human history have been constructed to serve straight people, not us. Just because marriage and monogamy help many straight couples live and grow together doesn’t mean it’s the right path for other combinations of people. Traditional gender roles may serve some cisgender, straight men and women, but they may not fit the wider spectrum of queer lives.

We’ve also got to continue to question ourselves. For example, we’re a good 15 years into the bear movement now. This means that fewer gay men grow up thinking they’ll only be accepted in our world if they’re thin and smooth. But it also has meant that the same hierarchies that plague mainstream culture have crept into bear culture. What would the pioneering bears of the 1990s say if we told them that the muscle bears think they’re better than the chubby bears?  How do transgender bears feel when a website or event’s tagline is some version of “Bears = Real Men”?

LGBTQ cultures must continue to be visionary. We share a history with legendary geniuses like Leonardo de Vinci, Frida Kahlo and Aristotle, even if the concept of “LGBTQ” or even “sexual orientation” didn’t exist in their worlds. Their sexual otherness helped them find new ways of thinking, solving problems, and creating art. Part of our function as queers in a larger society is to use our unique perspectives on the world to push humanity forward.

Most importantly, we can’t forget to have fun. LGBTQ politics has been an incredible tool for us to protect ourselves and to gain power. But elections and courts and optics and messaging can easily suck all the fun out of being queer. We don’t exist to prove ourselves to the larger world: rather, we’re here to squeeze every last delicious drop of gaiety out of our short lives.

Don’t forget: LGBTQ politics is the means to an end. That end is the preservation and development of a constantly expanding, wild and wooly, beautifully chaotic collection of cultures. Politics is merely the work we put in so we can enjoy our authentic selves. Now go out there and have the best Pride Month of your life!