The World’s Oldest Living Creature is GAY! | The Fight Magazine 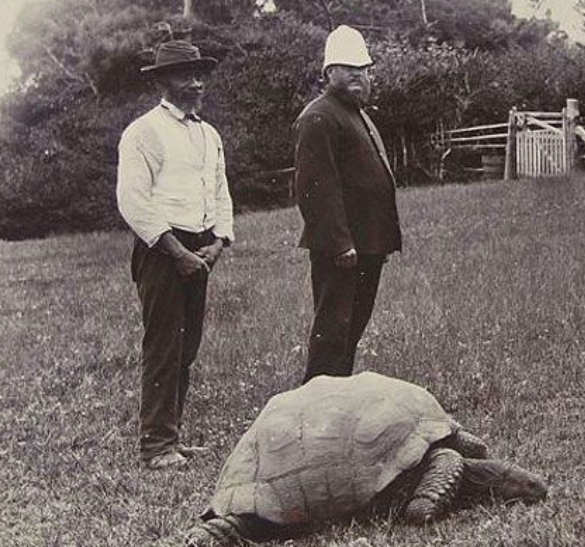 Jonathan, a 186-year-old male tortoise has spent the last 26 years smitten with another male tortoise, who keepers thought was a female, reports Yahoo News.

Jonathan is thought to be the world’s oldest living creature and has been leading a happy life on the British Overseas Territory of St Helena, some 1,200 miles off the coast of southern Africa.

The governor of St Helena was presented with what they believed to be a female tortoise, named Frederica, in 1991 as a possible mate for Jonathan.

For the past 26 years, the pair have been inseparable but a recent examination on Frederica found out that she was actually a male, according to The Times.