Get A Clue | The Fight Magazine 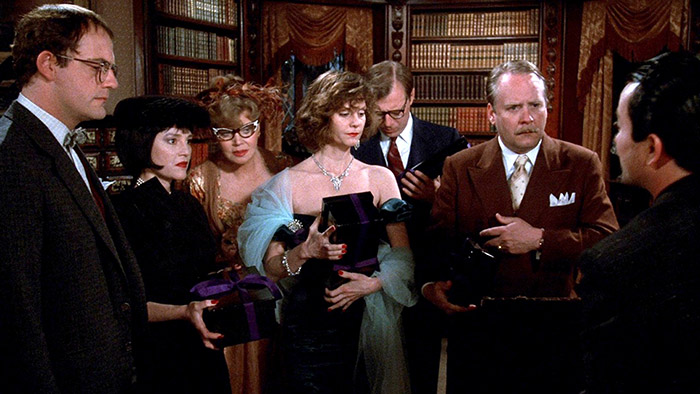 Lesley Ann Warren has never seen a movie in a cemetery before.

That will change on Friday, August 11 when the Golden Globe Award-winning actress takes part in the screening of the 1985 cult classic Clue, outdoors at the iconic Hollywood Forever Cemetery.

“I’m very excited about it,” says Warren who plays Miss Scarlet in the film.

Actress Lesley Ann Warren will make an appearance before the Clue screening.

The murder comedy, based on the board game of the same name, is being screened as part of the Los Angeles LGBT Center’s Out Under the Stars summer film series.

The series kicked off in June with Whatever Happened to Baby Jane? and is hosted by the Center’s Los Angeles Women’s Network (LAWN) and Young Professionals Council (YPC).

Warren will make an appearance before the Clue screening.

The role in Clue was offered to the actress just a few years after she was nominated for an Academy Award for her performance in Victor/Victoria. She was originally set for the role of Mrs. White, a role that eventually went to Madeline Kahn.

“Carrie Fisher was supposed to be Miss Scarlett but she dropped out,” Warren explains. “I felt like I was more suited to Miss Scarlett anyway. She’s out of that 1940s period that’s in my wheelhouse. I kind of get it. It was great to play a tough, sardonic, sexy gun moll—and a madam.”

The whodunit has an impressive all-star cast.

“It was a really incredible group of comedic actors at the top of their games, priceless comedic actors. Martin Mull, Tim Curry, Eileen Brennan, Madeline Kahn, Christopher Lloyd. We drove the director insane, it was like herding cats. We were all laughing hysterically at each other’s stuff—we couldn’t be contained… I loved it!”

The movie famously has three different endings and Warren’s favorite, of course, is the one where her character of Miss Scarlet is revealed to be the killer.

“I hope they show that one at the cemetery,” she says.

Warren has long supported the work of the Center and attended many productions at the organization’s Renberg Theatre over the years.

Her connection to LGBT people began more than 50 years ago when she first appeared on Broadway.

“It’s really been a connecting thread throughout my life,” she says. “I was 17 when I did my first show, surrounded by dancers and many of them gay. I was brought up in New York, I was a part of that world.”

Of her 121 television and movie credits, another one of Warren’s favorites was her recurring role of Tina, Will Truman’s father’s mistress on NBC’s Will & Grace.

She admits she “pretty much begged” to have Tina appear in one of the show’s new episodes when it returns to NBC this fall after an 11-year hiatus. But since Sidney Pollack, who played Will’s dad, has died, “it’s a difficult character to bring back.”

Tickets for the Clue screening are currently on sale at lalgbtcenter.org/movie.