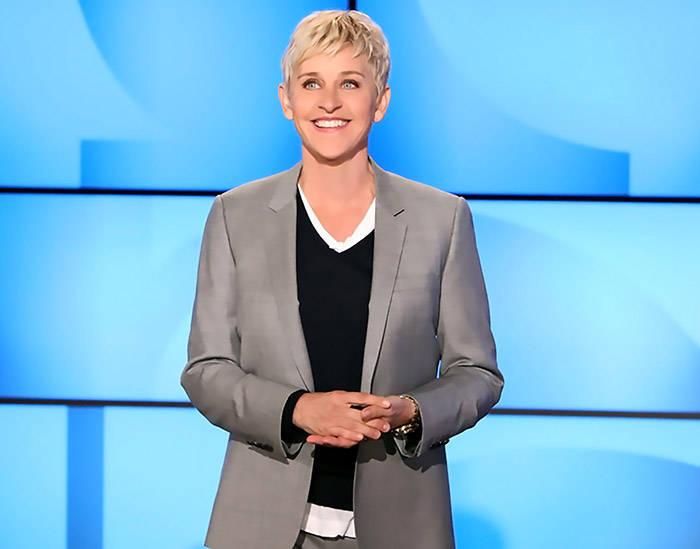 Twenty years ago last month Ellen Degeneres came out of the closet on the April 14, 1997 cover of TIME magazine—and the uproar it caused would seem almost inconceivable today. 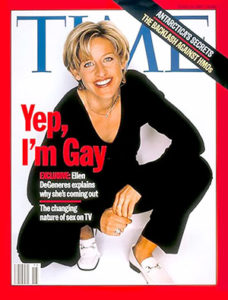 I don’t think I could have done this a long time ago, and I don’t think people would have accepted it as readily as they do now. Now I feel comfortable with myself, and I don’t have to be fearful about something damaging my career if it gets out, because now I’m in control of it—sort of. No one can hurt me now.

This. I mean, I don’t understand a fear of coming out to your friends and family. I’ve been really lucky. I have a really great family. I have parents who understand. My mother understands, now even more so. My father is supportive. My dad said the most hilarious thing when I told him what I was going to do on the show. He said, “You’re not going to go all flamboyant, are ya?” I was like, “Yeah, Dad, I’m going to completely change. I’m going to start wearing leather vests. I’m going to get one of those haircuts that they all have.”

No. I ignored it because I didn’t really know what it was until I was 18 years old. I dated guys. I liked guys. But I knew that I liked girls too. I just didn’t know what to do with that. I thought, “If I were a guy I’d go out with her.” And then I thought, “Well, I don’t want to be a guy, really.” So I went, “Oh, well,” and just went on with my life. My first gay experience was literally someone else’s idea–I was freaked out even by the thought of it. And I thought that was one experience and it was just her, and I started dating guys again, thinking, “Well, I just need to meet the right one.” Never could, really.

Shortly thereafter Ellen went on Oprah’s daytime talk show and was denounced by a bunch of nice-looking mid-western mom types, with their overabundance of denim and vaguely moist-looking perms.